If you’re star-watching, try capturing a few photos of fireflies, too.

One great offshoot of this weekend’s feeble Camelopardalis meteor shower was that people captured great photos. And, since it’s nearly northern summer, fireflies sometimes photobombed the shot. Check out the cool photos below. Thanks to all who post photos at EarthSky Facebook! 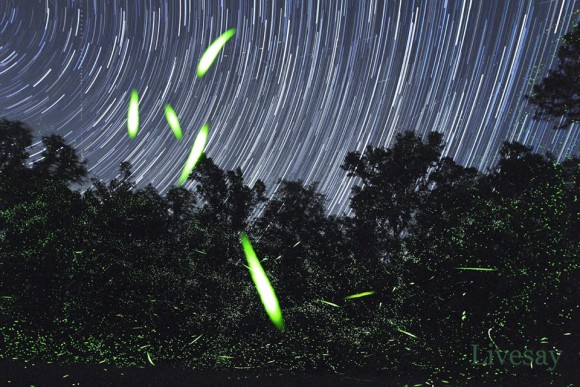 Guy Livesay wrote, “How many times do the lightning bugs blink and how far do stars travel in 52 minutes? If you’ve ever wondered about that, then here’s your answer!” Thank you, Guy! 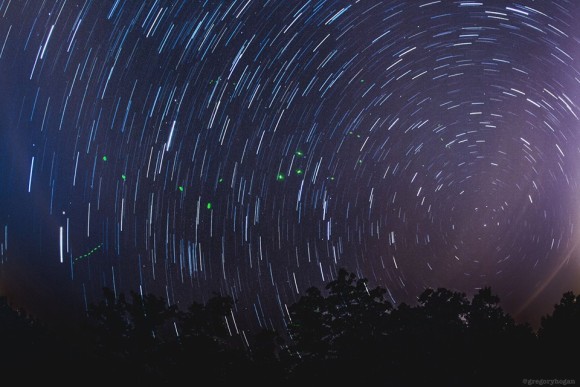 Greg Hogan wrote, “I took this [Friday] night while awaiting for the meteor shower. You can see the north pole star in the lower right corner. As you can see all the stars rotate around it through the night. You can also see the fireflies in the image, there was 1000’s of them!” Thank you, Greg. 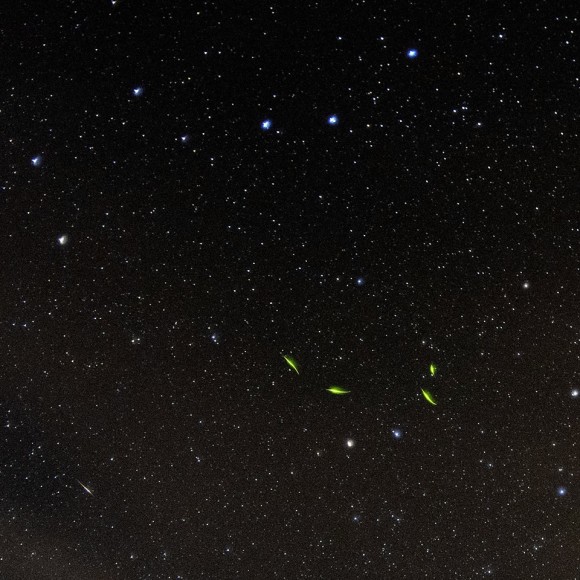 Dale Forest caught some fireflies while waiting to see the Camelopardalid meteor shower, too. He wrote: “Just a few fireflies below the Big Dipper while watching for meteors. One small meteor was in the lower left side of the image.” Thank you, Dale.