These sunset clouds resemble the real dry season fires going on in Zimbabwe at this time of year.

This spectacular time-lapse animation, which loops five times, shows the motion of clouds – speeded up 25 times – brightly colored by the setting sun just after it disappeared behind a hill near Christmas Pass, Mutare, Zimbabwe.

It gives the illusion that some of the indigenous Musasa trees just behind the summit have been set on fire.

Real dry season hilltop fires also occur at this time of year but are caused by human intervention, not the sun. 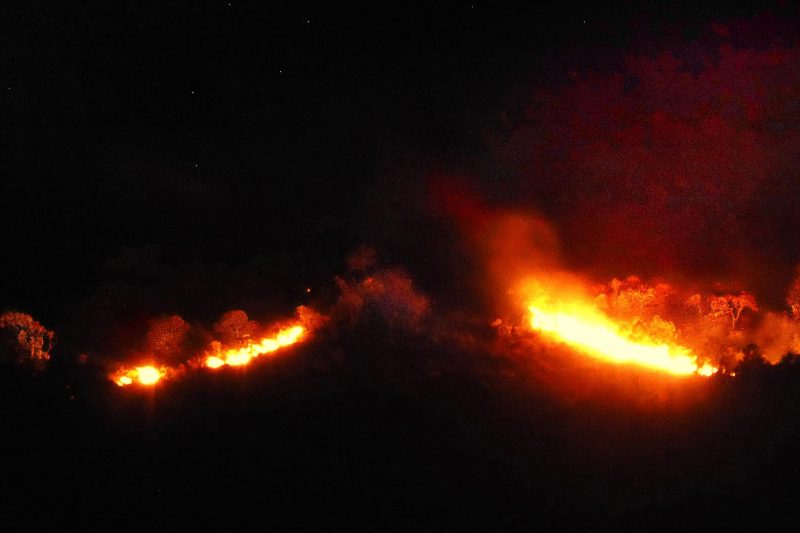 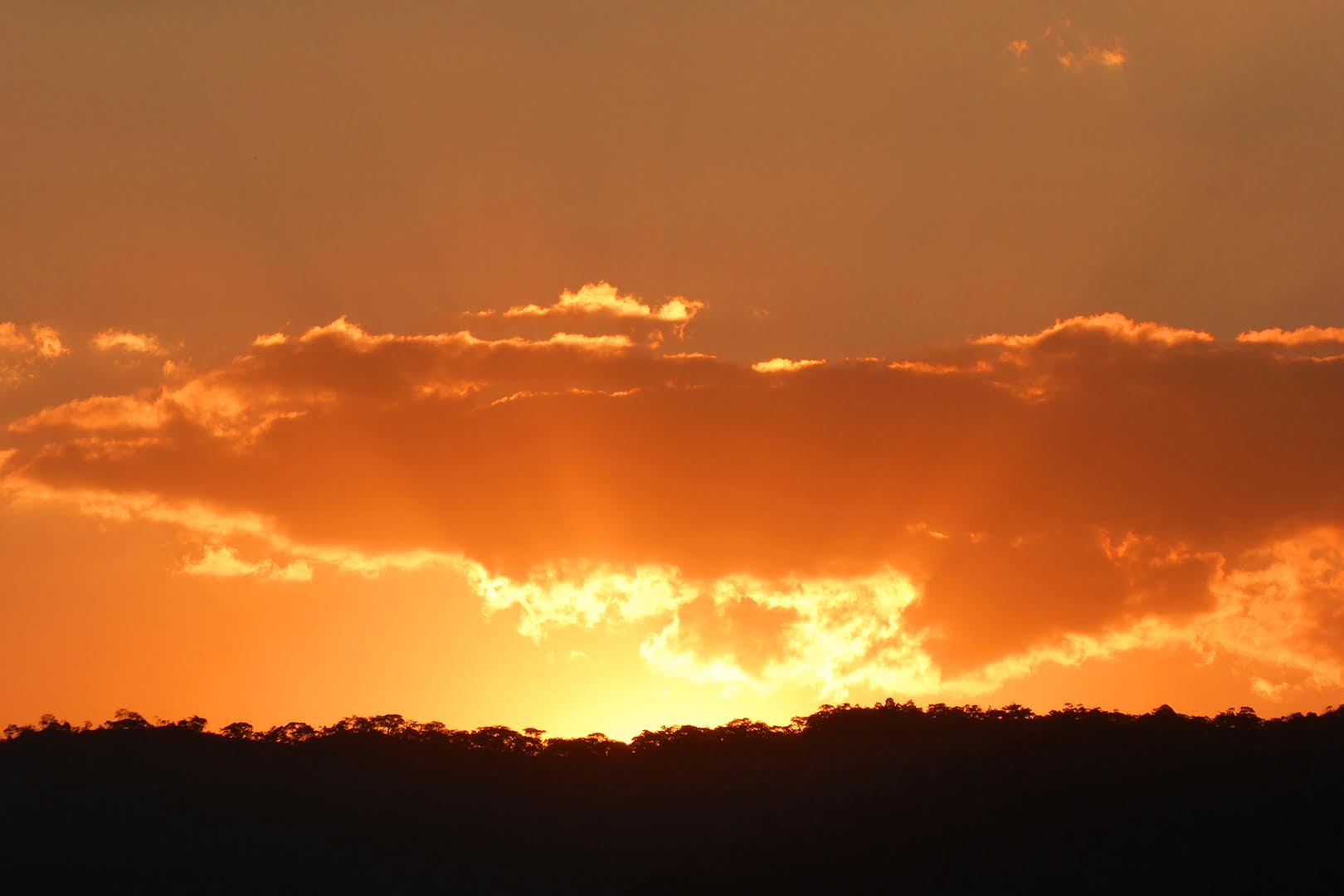 Just after the sun disappeared behind a hill near Christmas Pass, Mutare, Zimbabwe on August 2, 2016. Photo by Peter Lowenstein.