It was a beautiful day for natural phenomena in the sky, and on the ground. 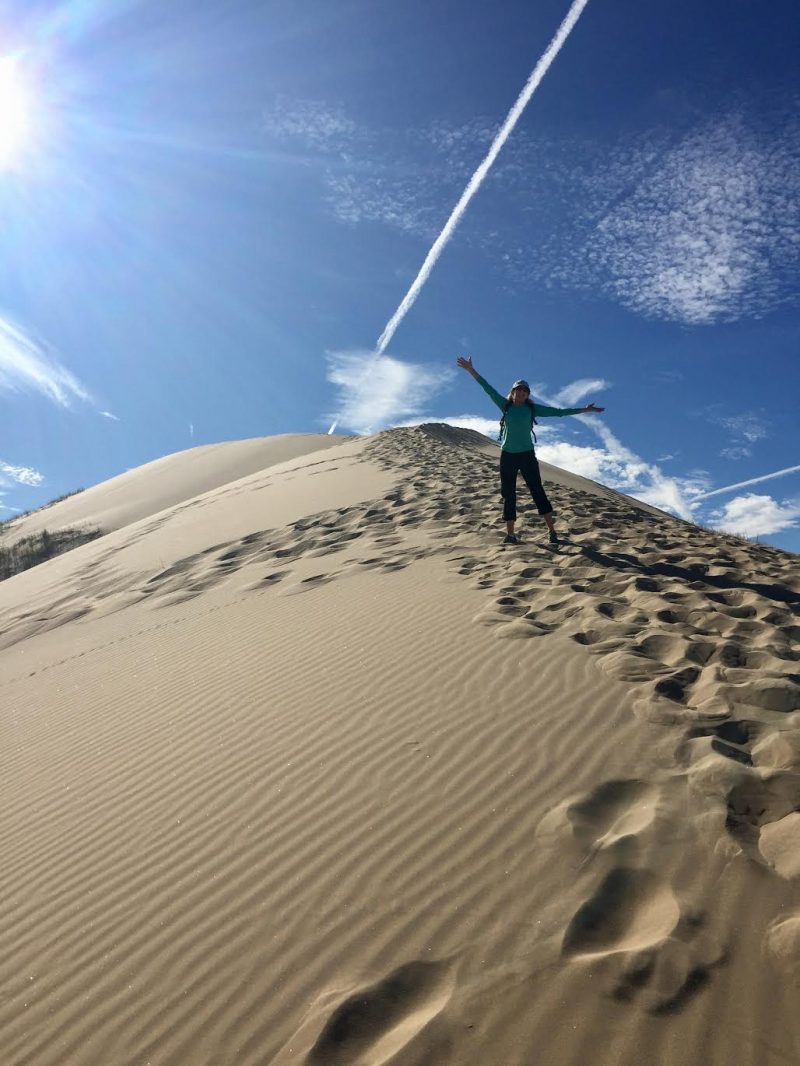 Fern Zalin Jones at Kelso Dunes on November 11, 2017. She wrote: “That is me, triumphant!” See the contrail shadow in the background? Photo by Greg Lewis.

Did you know that contrails can cast shadows? Fern Zalin Jones wrote with a question about contrail shadows, which you can see in the images both above and below. While we were emailing, Fern happened to attach the image above, showing her ascent of a dune at Kelso Dunes, and she mentioned that these are “singing” or “booming” dunes. According to Wikipedia:

Enthusiasts sometimes climb to the top of the dunes and slide down slowly, generating a low-frequency rumble that can be both felt and heard.

So … two interesting natural phenomena in one photo. Fern wrote:

I love that you can see the shadow of the contrail on the cloud. The 1.5-mile hike up to the top of the dune was a slog, but worth every arduous step because the dunes ‘sang’ (really!) with each step on the way down. 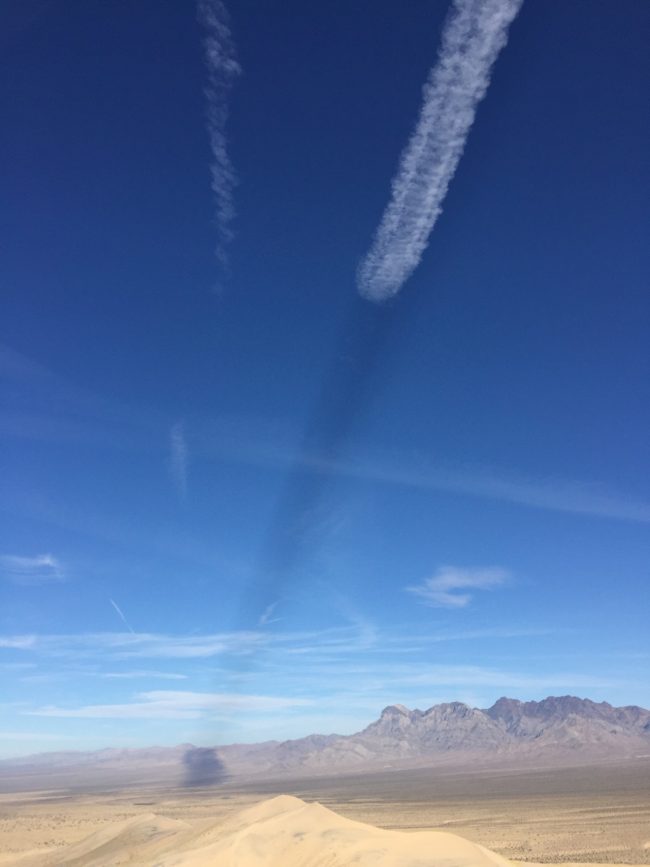