Did you see the moon near the planets Saturn and Mars Sunday evening? Thanks to all EarthSky friends who captured and shared these beautiful images. 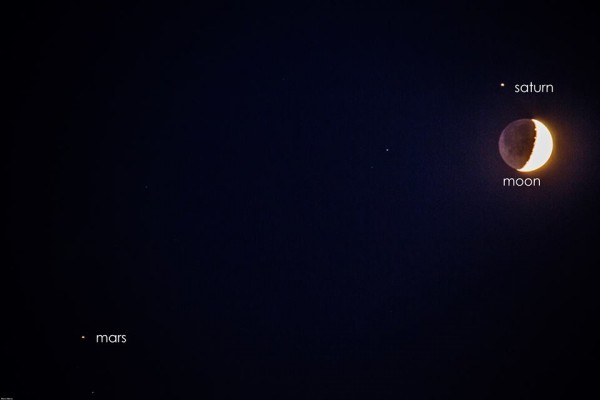 There was a spectacular view of the moon, planet Saturn and planet Mars – in front of the constellation Libra, with bright Libra stars nearby – on the night of August 31, 2014. These images are from EarthSky Facebook, or submitted directly to EarthSky.org. Thank you to all who posted!

By Monday night, the moon will be further to the east of the two planets, near the star Antares. 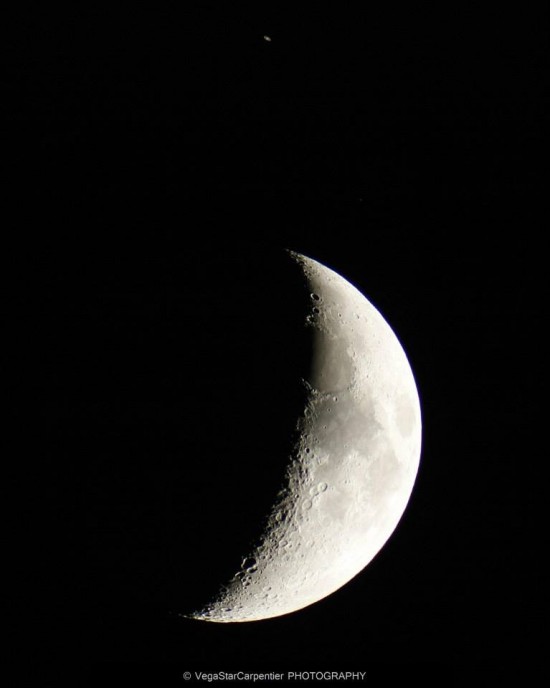 Vegastar Carpentier in France used a telescope to capture this view of Saturn (above) and the moon. 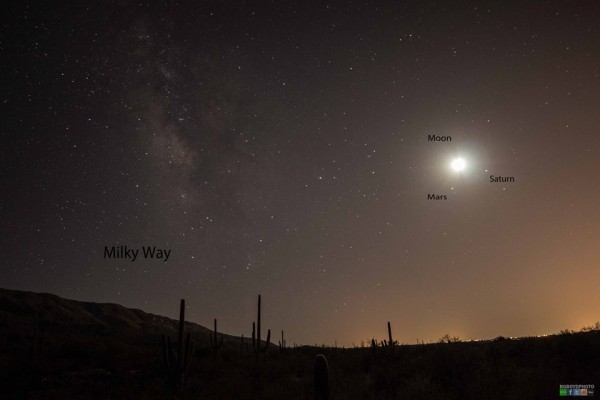 BG Boyd Photo in Tucson, Arizona wrote, “Moon, Mars and Saturn conjunction with the Milky Way. The Moon was a waxing crescent but my long exposure (to bring out the planets and the Milky Way) captured a lot of the moonlight making it appear brighter than it actually was.” 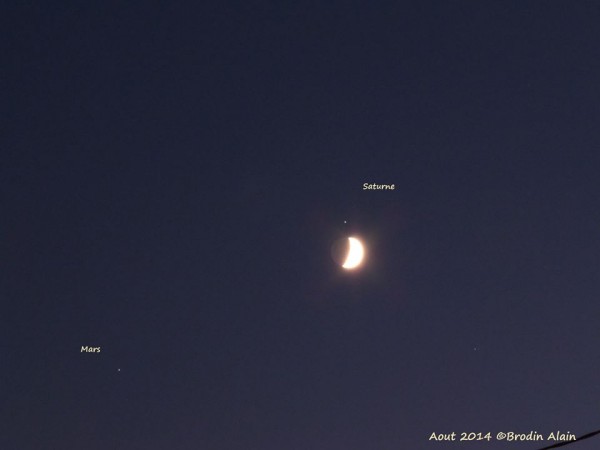 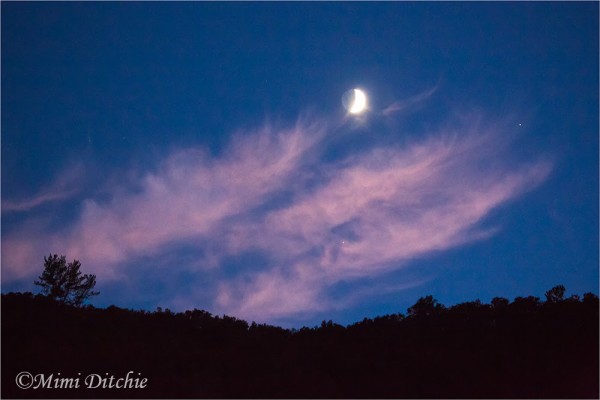 Mimi Ditchie in California wrote, “I looked intently for Mars and Saturn to appear in the western sky near the moon after sunset. Suddenly they popped out, but the clouds almost covered them.”

Annie Lewis in Spain wrote, “I was surprised at how much the relative positions of Saturn and the moon changed in just over an hour and a half.” 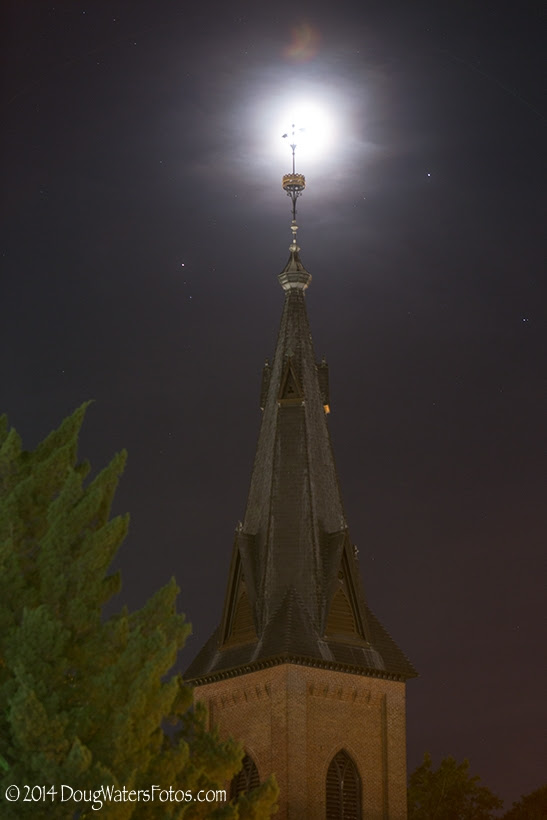 DougWatersFotos. caught the planets and moon over a church steeple in New Bern, North Carolina. 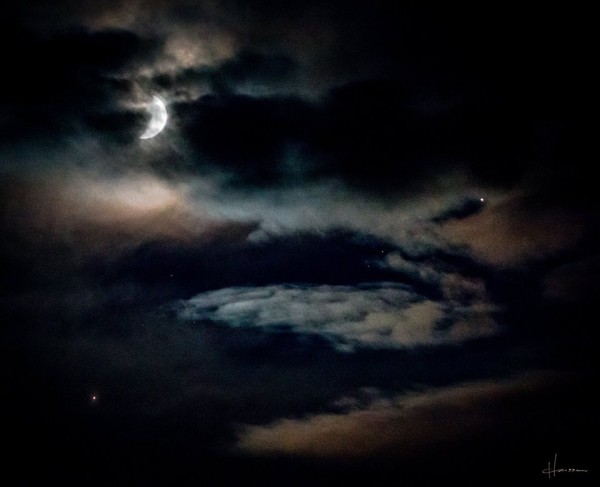 Keith Hanssen caught the planets and moon on August 31 through thin clouds over southwestern Montana. 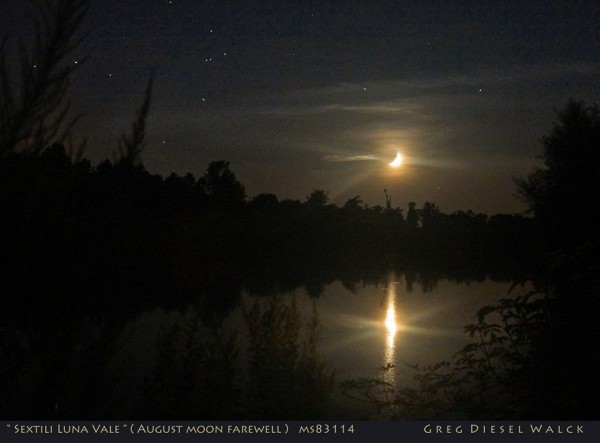 GregDiesel Landscape Photography wrote, “Last view of the moon before moonset, glimpse of Saturn lower left of the moon and a bright Antares upper left of frame. Currituck NC 10:40pm.”