Fall colors in Siberia, from space

Check out this satellite image showing fall foliage in eastern Siberia on September 9. A smaller section and a broader view. 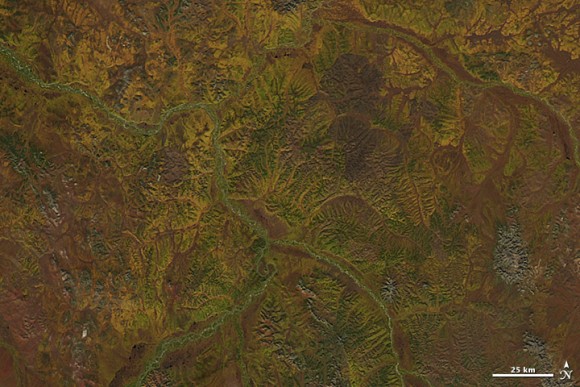 It looks like an abstract painting or a fragment of pottery. But it’s a view from space along the Kolyma River in eastern Siberia. 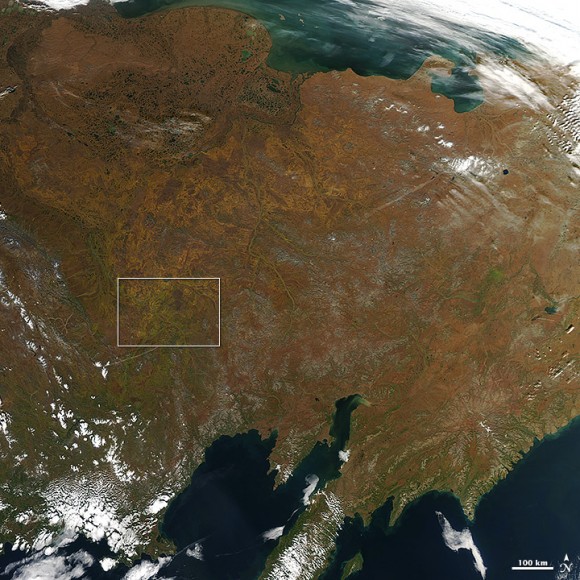 Notice how you can’t see any green vegetation in the northernmost part of the image. Meanwhile, there’s still plenty of green in the valleys and other low-elevation areas farther to the south.

In autumn, leaves on deciduous trees change colors as they lose chlorophyll, the molecule that plants use to synthesize food. Chlorophyll is not a stable compound and plants have to continuously produce it. That process requires ample sunlight and warm temperatures, so when temperatures drop and days shorten, the plant’s chlorophyll production slows down and then stops and eventually all the chlorophyll is destroyed.