Eta Aquariid meteors and the Milky Way over Mount Bromo. 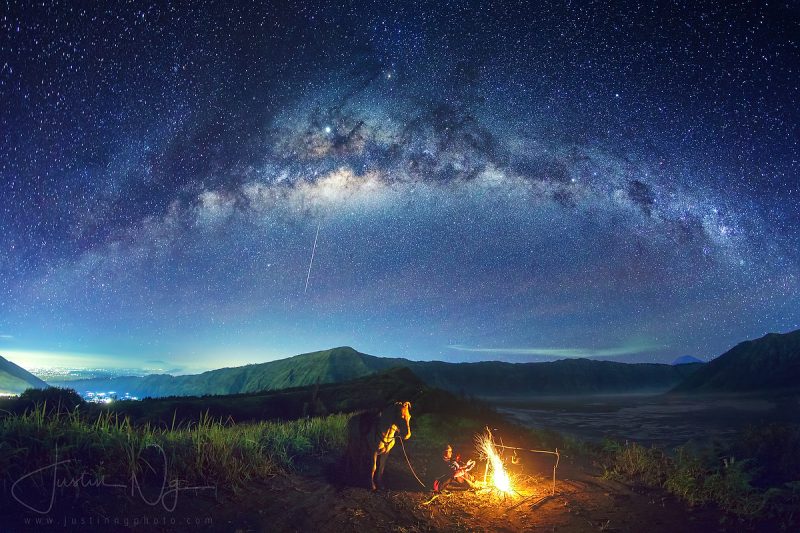 Mount Bromo is an active volcano in East Java, Indonesia. On May 5, 2019, Justin Ng captured a meteor streaking in the sky above the volcano. Justin said: 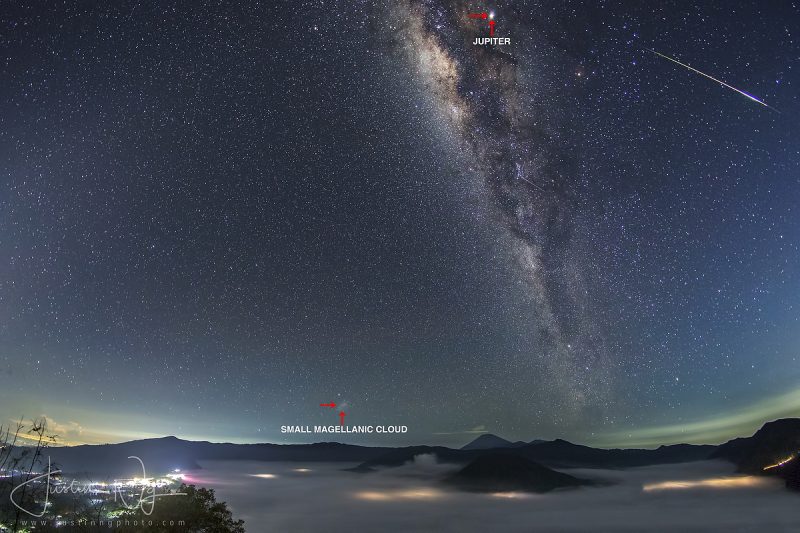 Justin captured the image above early the next morning. He said:

A bright Eta Aquariid meteor appeared approximately 30 minutes before sunrise above an active volcano, Mount Bromo, on May 6, 2019. The bright ‘star’ near the galactic center of the Milky Way is actually the planet Jupiter. The Small Magellanic Cloud is also visible just above the horizon.

Bottom line: Photos of Eta Aquariid meteors and the Milky Way over Mount Bromo in Indonesia.