Part of the night sky is obscured by sulphur dioxide gas emitted by Mount Bromo, an active volcano, in this photo by Justin Ng of Singapore. 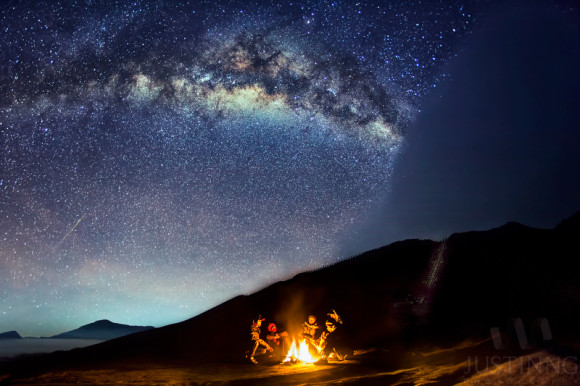 Photographer Justin Ng of Singapore captured this Eta Aquarid meteor (left side of photo) from Mount Bromo, an active volcano in Indonesia, on May 6, 2014. More photos from Justin Ng’s 2014 astrophotography tour on Mount Bromo.

Justin Ng sent us this wonderful shot of his night on Mount Bromo, an active volcano in Indonesia, during the peak of the 2014 Eta Aquarid meteor shower. Justin wrote:

I visited Mount Bromo crater during the peak of Eta Aquarid meteor shower and the porters were fast enough to set up a fire to keep themselves warm within a few seconds after I arrived.

After having visited Mount Bromo several times over the past two years, I must say it’s definitely much more active now and part of the night sky was obscured by the sulphur dioxide gas emitted from Mount Bromo when I took this shot. At times, I was ‘consumed’ by the sulphur gas for several minutes due to the occasional change in wind direction and I could hardly breathe or kept my eyes opened when that happened. Despite these challenging shooting and viewing conditions, the natives or tourists will still ascend the steep stone staircase (approximately 253 concrete steps) that leads to the brim of the steaming, sulfurous, gaping caldera to catch a glimpse of the scenic sunrise every morning. The image is a result of stacking 4 images taken at different times facing at the same direction. 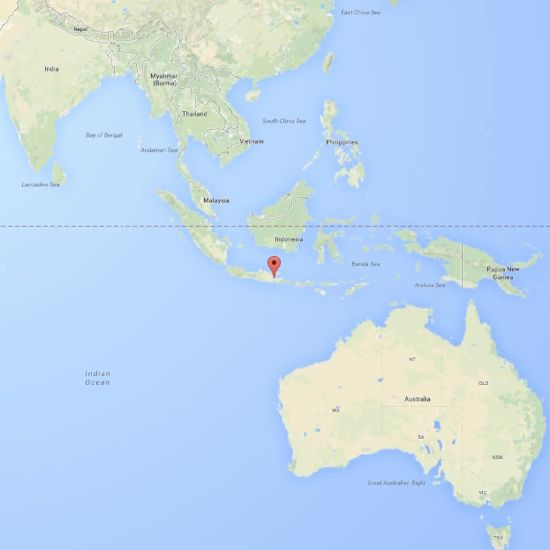 The red marker shows the location of Mount Bromo in Indonesia. Via Google Maps.

Bottom line: Justin Ng, a Singapore astrophotographer, captured a photo of an Eta Aquarid meteor as seen from Mount Bromo, an active volcano in Indonesia, on the morning of May 6, 2014.