This image sequence from ESA’s billion-star surveyor – Gaia – looks toward the center of our Milky Way galaxy and captures some 2.8 million stars. 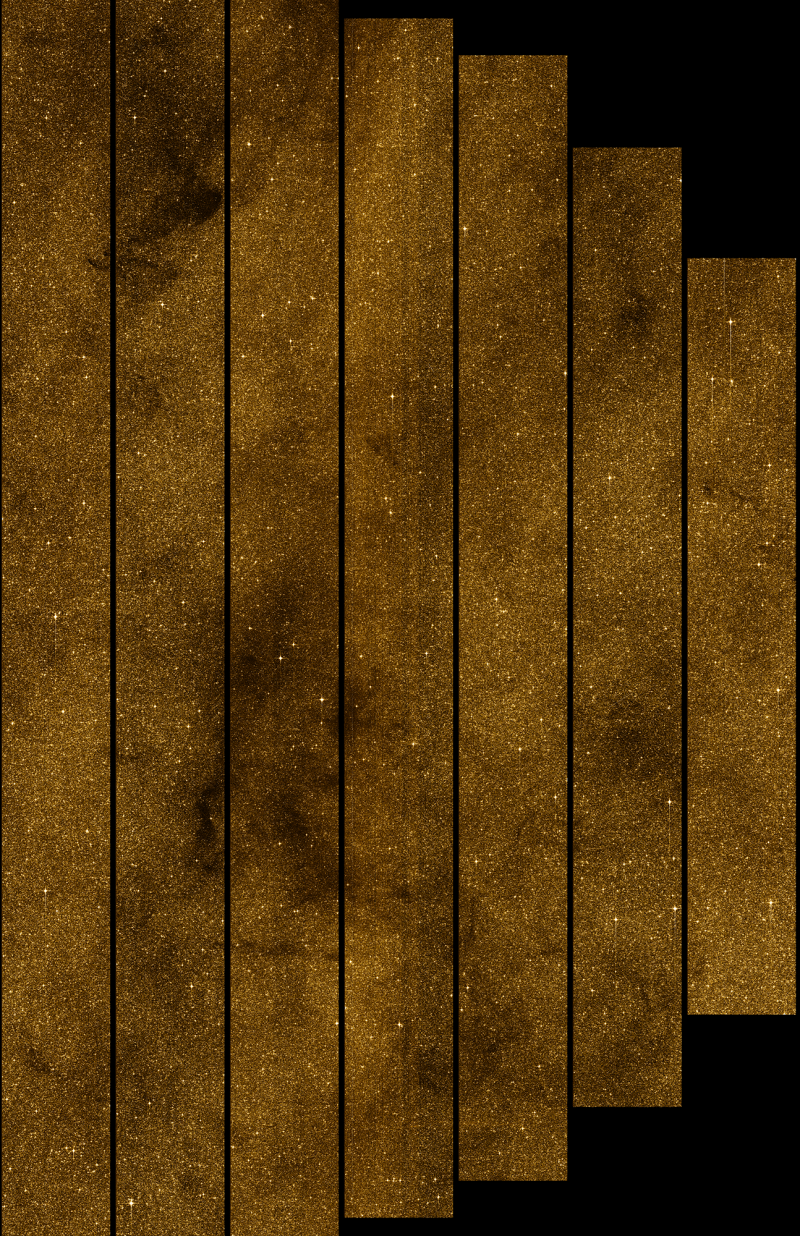 If you’re patient, you can click here to view in high resolution. | There may be 2.8 million stars in this image sequence, which is via ESA’s Gaia star-mapper.

The European Space Agency (ESA) released this image on September 4, 2017. It’s from its Gaia star-mapper – that awesome billion-star surveyor – whose job is detecting stars and measuring their properties in order to build up the most precise 3D map of the Milky Way, ever. Gaia uses a technique called astrometry; that is, it accurately measures the motions of individual stars. And who knew astrometry could be so cool? But it is. Over time, astronomers will be able to use Gaia’s data to peer back in time to understand the history, evolution and destiny of our Milky Way galaxy as a whole.

The image above – acquired on February 7, 2017 by Gaia – covers a region of our sky toward the center of the Milky Way galaxy, only two degrees below the galactic center. In other words, it’s looking toward what we earthlings know as the constellation Sagittarius the Archer, which is visible in the evening sky as seen from all of Earth every early September. In this specific Gaia field of view, along our line of sight from Earth, there’s a relatively low amount of interstellar dust, giving a window to stars close to the galactic center, ESA said. It added:

In general, as Gaia registers stars, only data covering the object of interest are transmitted to the ground. However, in the densest regions on the sky there are more stars close to each other than the detection and processing system of Gaia can cope with, which could result in a less complete census in these crowded areas.

To help mitigate this, a scientific selection of high-density regions is made to cover them in a special imaging mode, as illustrated here. These types of observations are carried out routinely every time Gaia scans over these regions …

The image appears in strips, each representing a sky mapper CCD. The image has been lightly processed to bring out the contrast of the bright stars and darker traces of gas and dust. Zooming in reveals some imaging artifacts relating to the CCDs, including some vertical striping, as well as short bright streaks indicating cosmic rays. Analysis of these images will only start once the effort required by the routine data processing allows.

Gaia’s first catalog contains measurements for more than a billion stars, based on the first 14 months of data collection. It was released in September 2016. The next release is targeting April 2018, with subsequent releases foreseen for 2020 and 2022.

The animation below shows how Gaia’s camera works:

Bottom line: ESA just released this image sequence made by the Gaia star-mapper. It looks toward the center of our Milky Way galaxy and some approximately 2.8 million stars.

Read more from ESA about Gaia