Beautiful photos of Sunday’s eclipse – November 3, 2013 – taken from an eclipse-chasing airplane at 43,000 feet over the Atlantic. 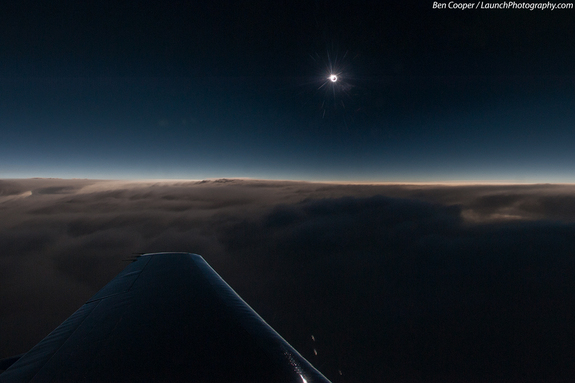 Photo of November 3, 2013 eclipse – during mid-eclipse – taken from 43,000 feet over the Atlantic Ocean aboard a 12-person Falcon 900B jet chartered from Bermuda by Ben Cooper/Launch Photography. Visit Launch Photography online. Used with permission.

Ben Cooper of Launch Photography captured this aerial view of the November 3, 2013 total solar eclipse from an eclipse-chasing airplane. During the brief totality of today’s eclipse, he also captured what is called the diamond ring effect, as seen in the photo below. 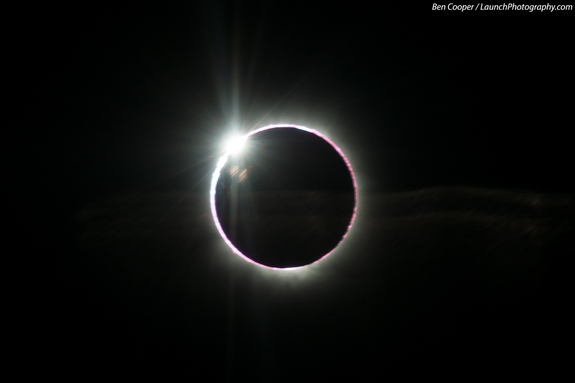