Earth’s shadow is a blue-gray line ascending in the east each evening, as the sun sinks below the western horizon. Belt of Venus is a pink line above the shadow. 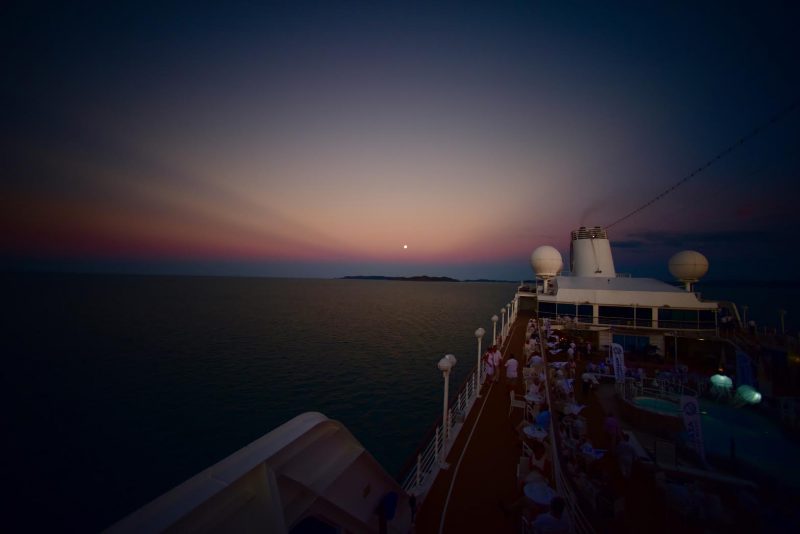 Thought you might like a land and sea perspective on the Earth’s shadow and the Belt of Venus.

The at-sea pic was taken February 22, 2016 in the Torres Strait which separates N. Australia and Indonesia. I took it while underway aboard Azamara Quest. It’s the full Snow Moon complete with anticrepuscular rays.

The second pic is of the last moonrise of spring 2016 – June 19 – day before the full Strawberry Moon, as seen from Shenandoah National Park. It features Old Rag Mountain.

When can you see Earth’s shadow? 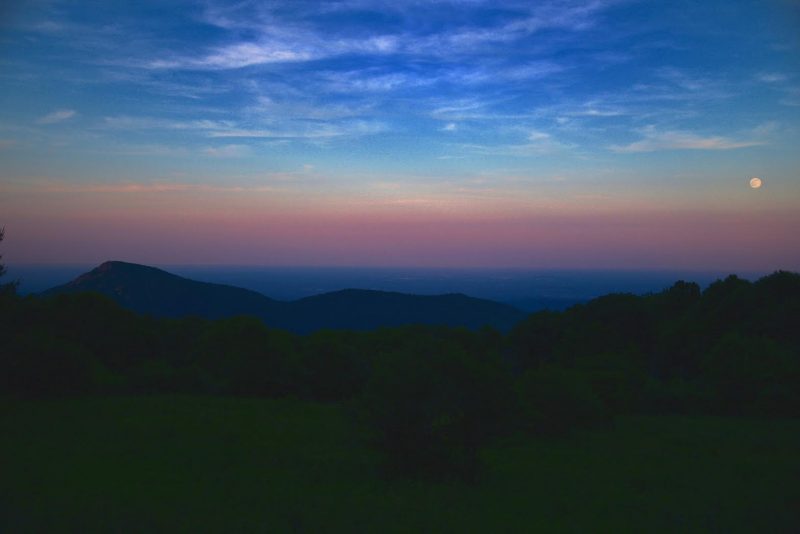 Bottom line: Two photos from Greg Redfern show a land and sea perspective on Earth’s shadow and the Belt of Venus.