NASA has released the images of the Earth and moon taken on July 19, 2013, otherwise known as “the day Earth smiled.” 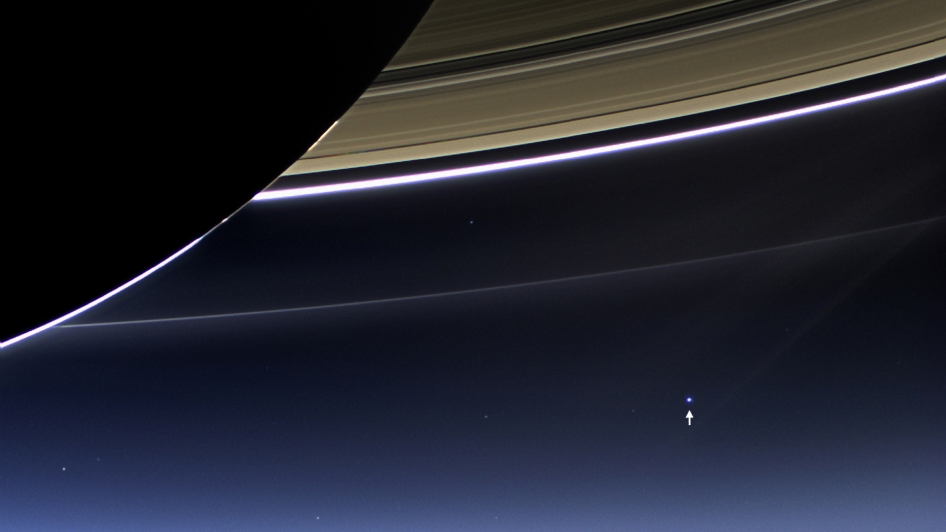 View larger. | Earth, nearly a billion miles away (1.44 billion kilometers) in this image. You’re also seeing the dark side of Saturn, its bright limb and some of Saturn’s rings. Read more about this image. Image via NASA/JPL-Caltech/SSI

Here is the third-ever image of Earth – taken on July 19, 2013, aka the day Earth smiled. The wide-angle camera on NASA’s Cassini spacecraft captured Earth and the moon, plus Saturn’s rings, in the same frame. Earth appears as a pale blue dot, while the moon is stark white. NASA says this is only one “footprint” in a mosaic of 33 footprints covering the entire Saturn ring system (including Saturn itself). At each footprint, images were taken in different spectral filters for a total of 323 images: some were taken for scientific purposes and some to produce a natural color mosaic. This is the only wide-angle footprint that has the Earth-moon system in it.

What you’re seeing here is the dark side of Saturn, its bright limb, the main rings, the F ring, and the G and E rings. The limb, or edge of Saturn against the backdrop of space, and the F ring are overexposed. The breaks in the brightness of Saturn’s limb are due to the shadows of the rings on the globe of Saturn, preventing sunlight from shining through the atmosphere in those regions. The E and G rings have been brightened for better visibility.

Earth, which is 898 million miles (1.44 billion kilometers) away in this image, appears as a blue dot at center right; the moon can be seen as a fainter protrusion off its right side. Earth and moon are clearly seen as separate objects in the narrow-angle image below. Earth is the blue point of light on the left; the moon is fainter, white, and on the right. 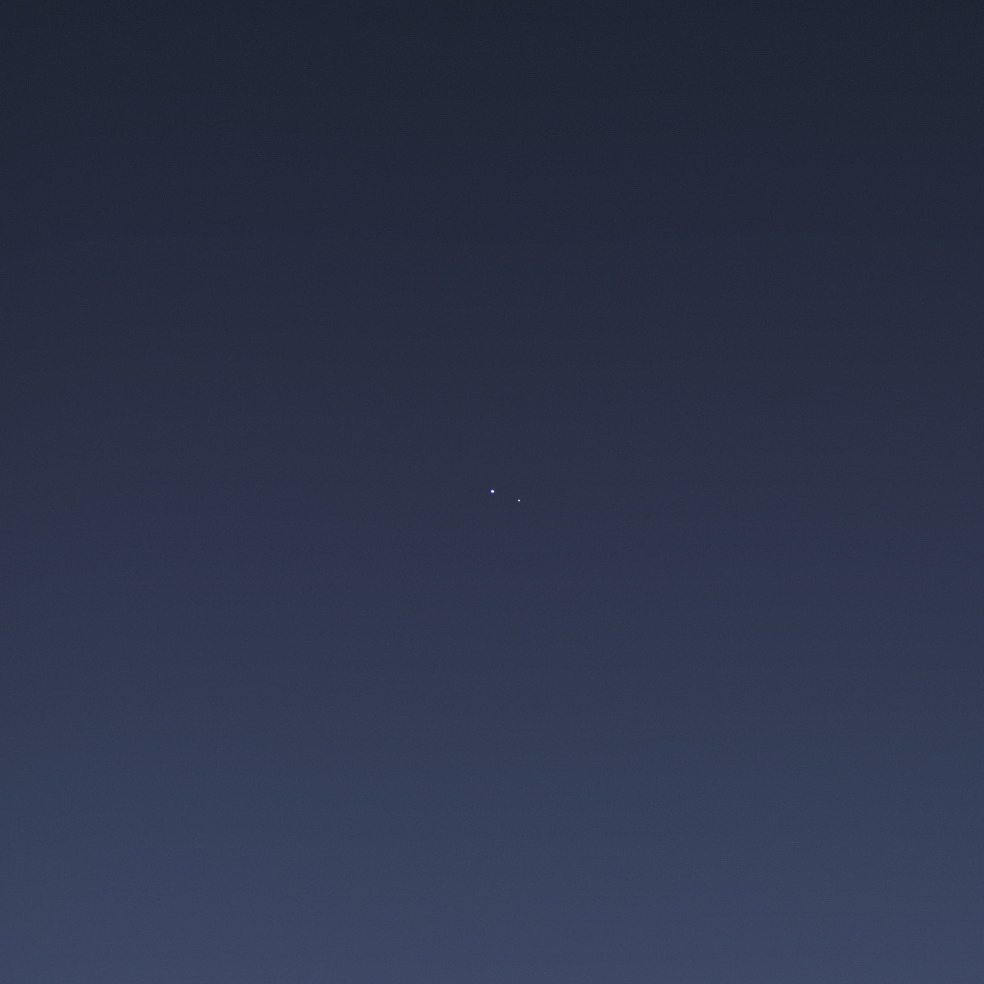 View larger. | Earth and moon seen from Saturn July 19, 2013. Notice that Earth is pale blue, and the moon is stark white. Image via NASA/JPL-Caltech/SSI

Bottom line: Much-awaited photos of the Earth and moon, as seen from the darkside of Saturn during an eclipse of the sun by Saturn on July 19, 2013. This is only the third time ever that Earth has been imaged from the outer solar system.

The day Earth smiled: A global moment of cosmic awareness

Read more from NASA here, about these images from the day Earth smiled