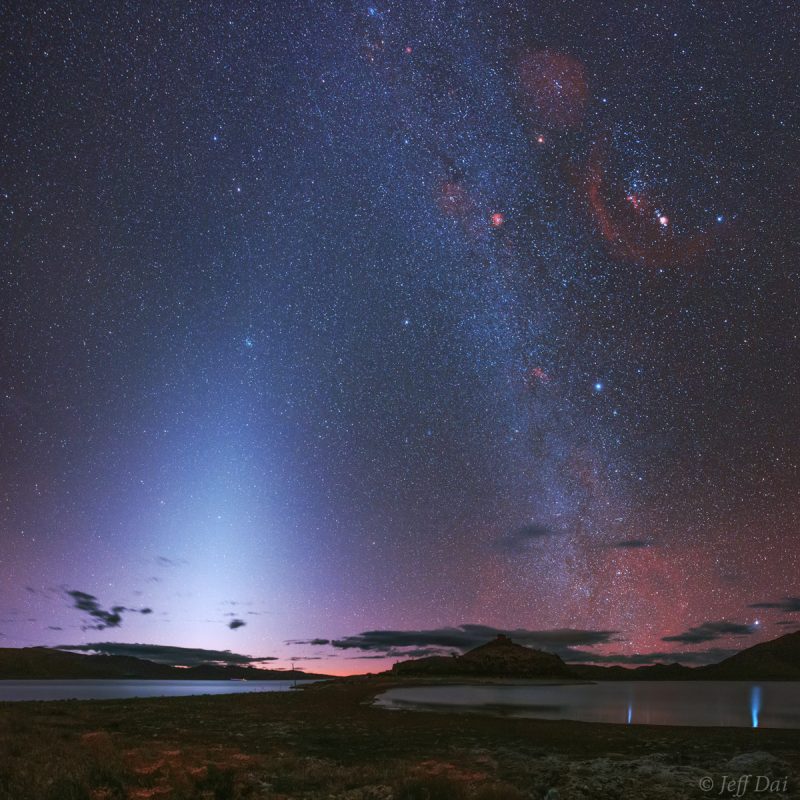 Pictured above, an unusual triangle of light appears brightly on the left. It’s zodiacal light, sometimes called the false dawn, light reflected from interplanetary dust particles. Its opponent on the right is composed of the faint stars, dust clouds, and nebulae along the plane of our Milky way galaxy.

Other skylights include the constellation Orion, Barnard’s Loop, Rosette nebula, the bright stars Sirius and Canopus, and the Beehive cluster.

In the foreground is the beautiful Lake Yamdrok, known as one of the three sacred lakes at Tibet, China.

Here at EarthSky, we sometimes say that the zodiacal light has a milky appearance like the Milky Way, but is brighter than the actual Milky Way. This photo shows you that’s true.