A simulated view of the dramatic pairing of the moon and Venus, which you can see on September 8, 2013. From all parts of Earth, look west after sunset! 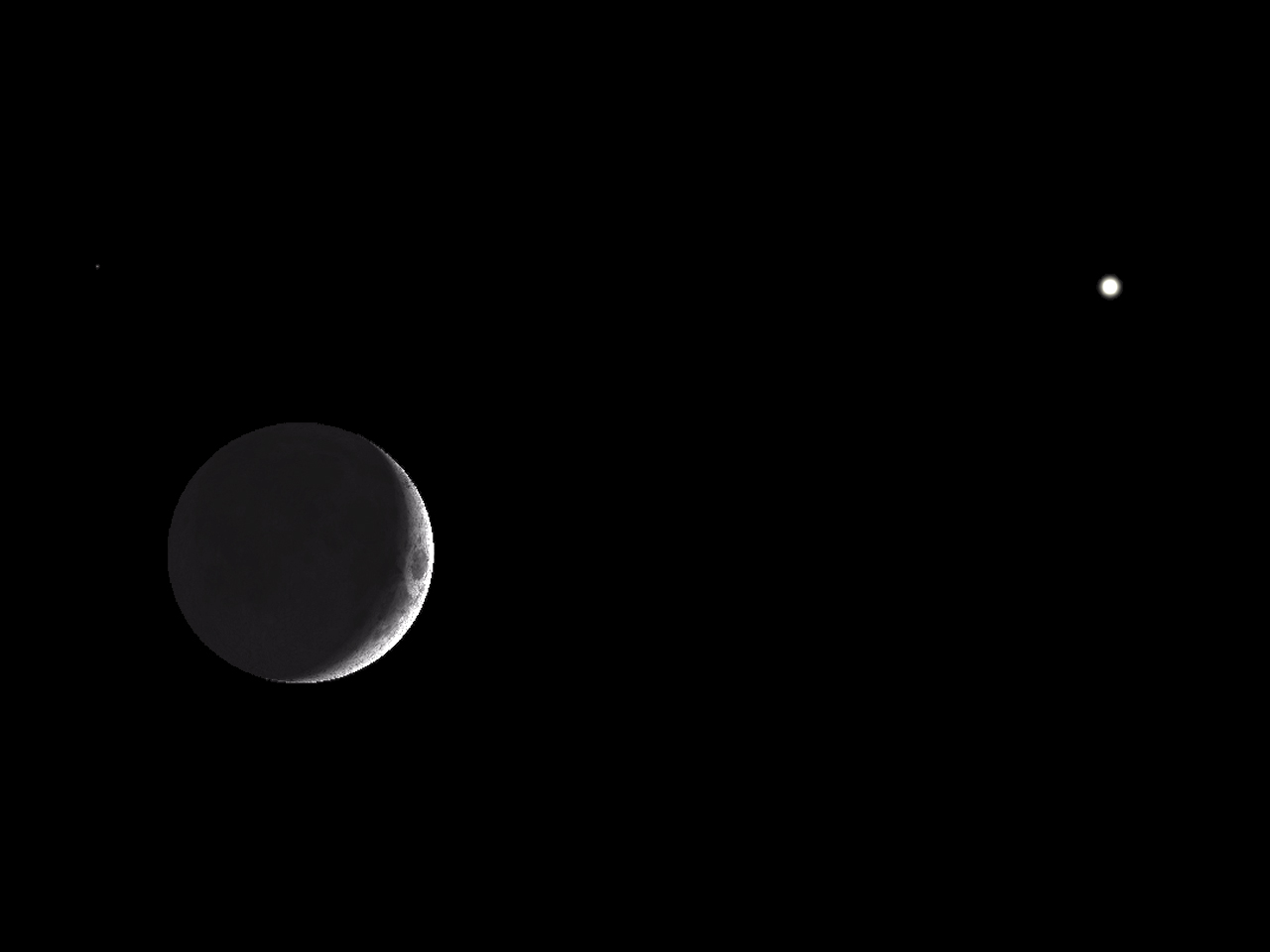 View larger. | On September 8, 2013, start looking for the moon and Venus about 30 minutes after sunset. Look west. This simulated view made by Stellarium software, via skyandtelescope.com.

Tonight – Sunday, September 8, 2013 – there will be a very close pairing of the moon and Venus, especially as seen from the Americas. The moon and Venus will be seen from around the world, but, since the moon is moving in orbit around Earth, its distance from Venus on our sky’s dome will vary throughout that day. North and South America, and Europe, are all well placed for viewing this event. These are the brightest nighttime objects in Earth’s sky. They will be beautiful, no matter where you are on the globe.

Start looking for the moon and Venus about 30 minutes after sunset on September 8. Look west. Don’t wait too late because, especially from latitudes in the Northern Hemisphere, Venus soon follows the sun below the western horizon.

Skyandtelescope.com, which created the illustration above, says:

From locations along the U.S. East Coast, the moon and Venus will be only about 1 1/2 degrees apart — about the width of your index finger at arm’s length. By the time darkness falls on the U.S. West Coast, the moon will have edged slightly farther away. In portions of Brazil, Argentina, and Uruguay, the moon actually covers Venus for a short time, an event that astronomers call an occultation. Viewed from Europe, the moon will appear below Venus. 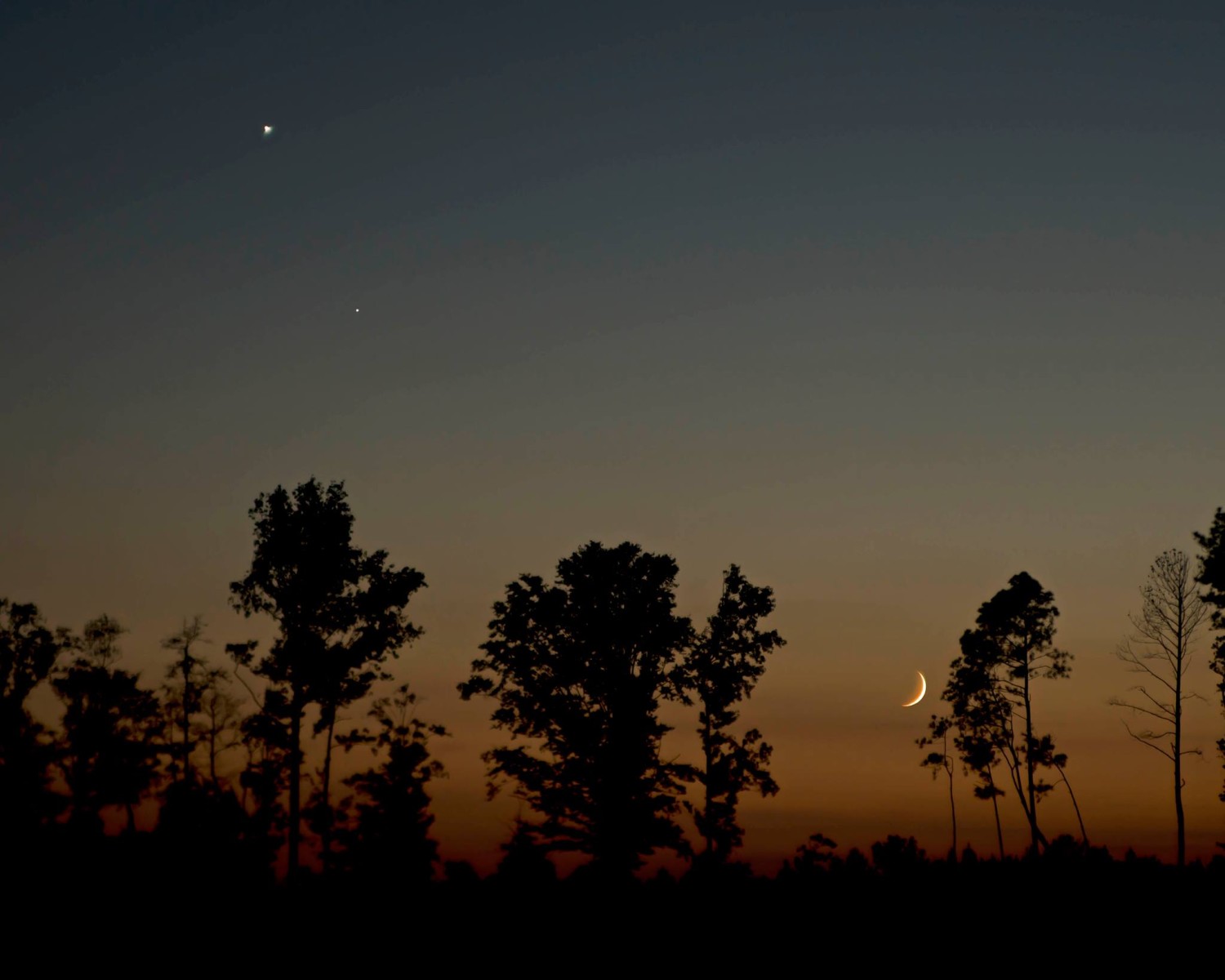 View larger. | Here are the moon and Venus last night – September 7 – as captured by EarthSky Facebook friend Ken Christison in North Carolina. Thank you, Ken! On Sunday evening – September 8 – the moon will appear much closer to Venus. The Americas, in particular, will get a dramatically close view of the pair.

By the way, September 2013 has been a great month already for watching the western sky after sunset. Venus is close to the bright star Spica. The planet Saturn is also nearby and will be in the same binocular field with Venus from September 15 to 21. Follow the links below to learn more.

September 8 best chance in 2013 to see Venus in daytime

Dramatic pairing of moon with Venus after sunset September 8

Bottom line: Look for the moon and Venus after sunset on September 8. Look west. If you have binoculars or a small telescope, use them. They’ll enhance your enjoyment of the view. And remember that although the moon and Venus will appear close together, they are really far apart in space. Venus is now just under 100 million miles from Earth, in contrast to about 235,000 miles for the moon.