Today is the second anniversary of the Mars rover Curiosity’s landing inside the Martian Gale Crater on August 5, 2012, PDT (Aug. 6, 2012, EDT). 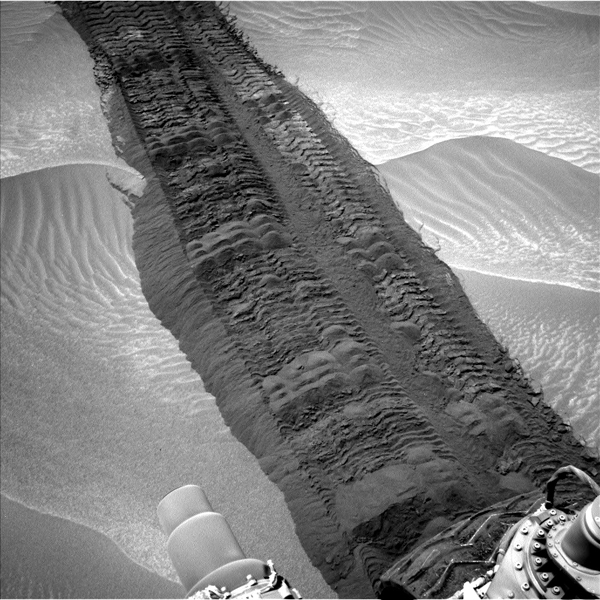 This image from the Navigation Camera on NASA’s Curiosity Mars rover shows wheel tracks printed by the rover as it drove on the sandy floor of a lowland called “Hidden Valley.” Curiosity has been crossing this valley en route to its destination, the base of Mount Sharp, the central mountain in the Gale Crater.

It was one day before the second anniversary, in Earth years, of Curiosity’s landing on Mars.

See a great video of Curiosity’s descent to Mars’ surface: 7 minutes of terror