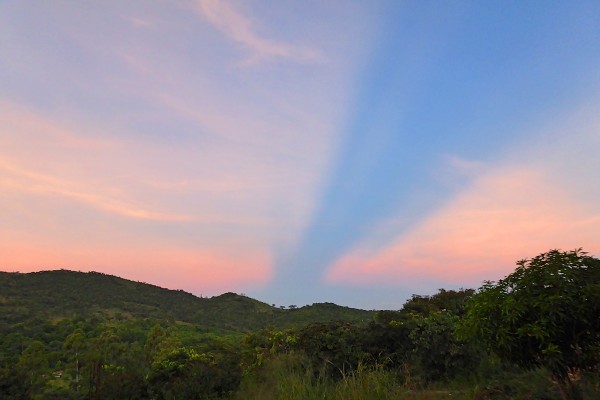 View larger. | Anti-crepuscular rays in the east at sunset on March 27, 2016 by Peter Lowenstein.

Mutare, Zimbabwe has been experiencing some beautiful colored sunsets in recent days, since the end of a rainy spell. This Easter evening (March 27, 2016), we were treated to a display of both crepuscular and anti-crepuscular rays a few minutes after sunset due to shadows cast by some prominent clouds situated a long distance to the west.

See the two photos above and below. They were taken between 6:02 p.m. and 6:04 p.m. local time and show crepuscular rays (below) in the sunset-colored sky over Murahwa Mountain to the west and even stronger anti-crepuscular rays (above) over Cecil Kop Game Reserve to the east.

The accompanying satellite image (bottom) is a small portion of the high-resolution Eumetsat visual satellite photo for 5 p.m. on March 27 from the Kobus Botha Weather Photos of Southern Africa website. It clearly shows the local concentrations of high cloud between here and Gwaii River in western Zimbabwe which were probably responsible for creating the displays over Mutare. 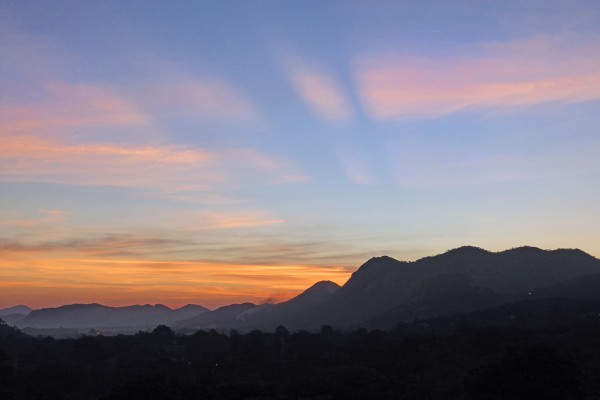 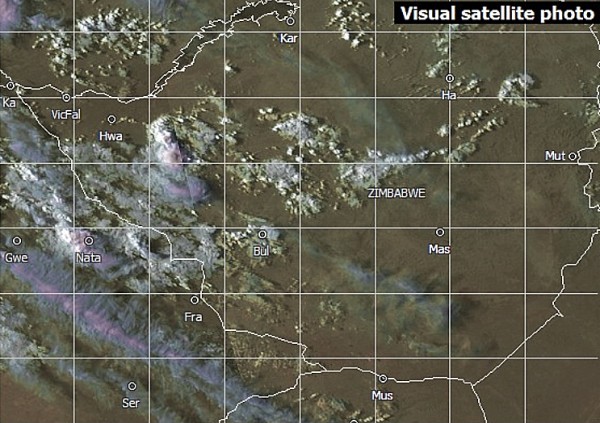 Bottom line: Crepuscular rays in the west after sunset on March 27, 2016 (Easter Sunday) and also the often-less-noticeable – but in this case brighter – anti-crepuscular rays