The image shows a coronal mass ejection, or CME, leaving the sun on January 14. The bright object in the top right is Venus. 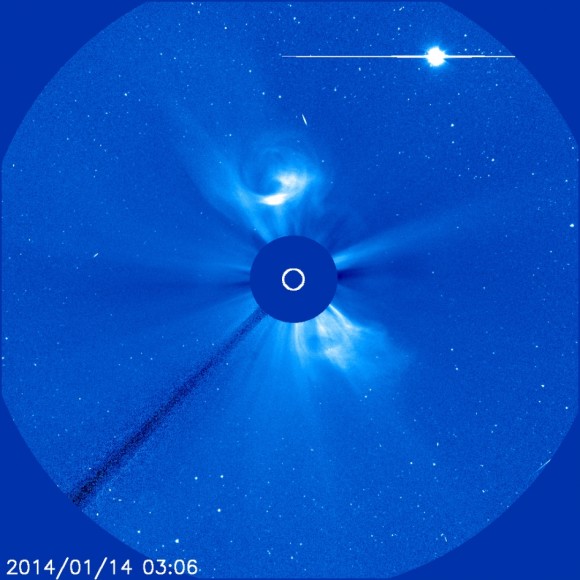 The ESA/NASA Solar and Heliospheric Observatory acquired this image on January 14, 2014. It shows a coronal mass ejection, or CME, erupting away from the sun, hurtling solar particles into space. The sun is obscured to make the dimmer solar atmosphere more visible. In the top right, you can see planet Venus.