An earthly lion guards the gates, while, in the sky, a celestial Lion – Leo – ascends. Astrophotographer Jeff Dai of China tells the story. 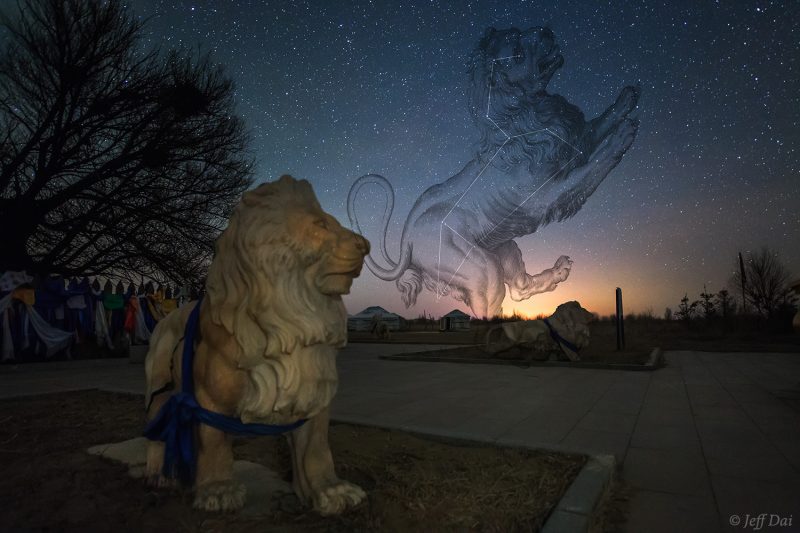 Chinese guardian lion below, and the constellation Leo the Lion above, in this December 27, 2016 photo by Jeff Dai.

Jeff Dai submitted this image to EarthSky and wrote:

Constellation Leo rises above the guardian lions at Inner Mongolia, of China. The view both Earth and sky attracted my attention …

Lions are not native to China. But, with increased trade during the Han Dynasty and cultural exchanges through the Silk Road, lions were introduced into China from the ancient states of Central Asia and India. The Buddhist version of the Lion was originally introduced to China as the protector of dharma, and these lions have been found in religious art as early as 208 BC. Gradually they were incorporated as guardians of the Chinese Imperial dharm.

Lions seemed appropriately regal beasts to guard the gates and have been used as such since. 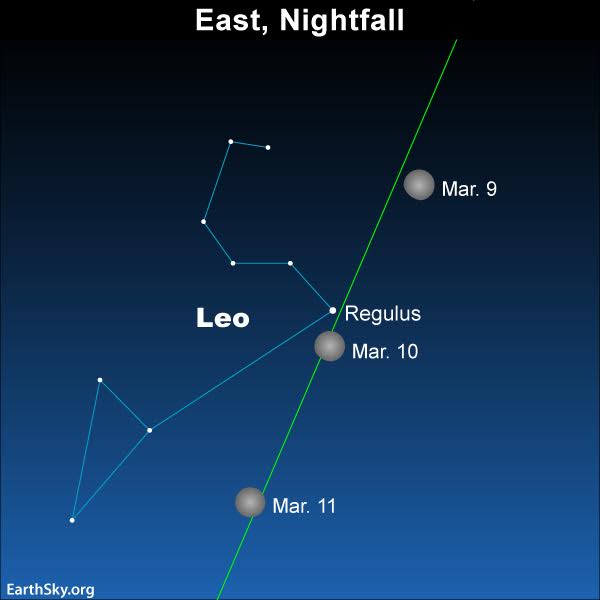 Brightest star close to the moon on March 9 and 10 is Regulus, the constellation Leo the Lion’s brightest star. The green line depicts the ecliptic – the path of the sun, moon and planets – marking the whereabouts of the zodiac.

Bottom line: An earthly lion guards the gates, while, in the sky, a celestial Lion – Leo – ascends. Astrophotographer Jeff Dai of China tells the story.