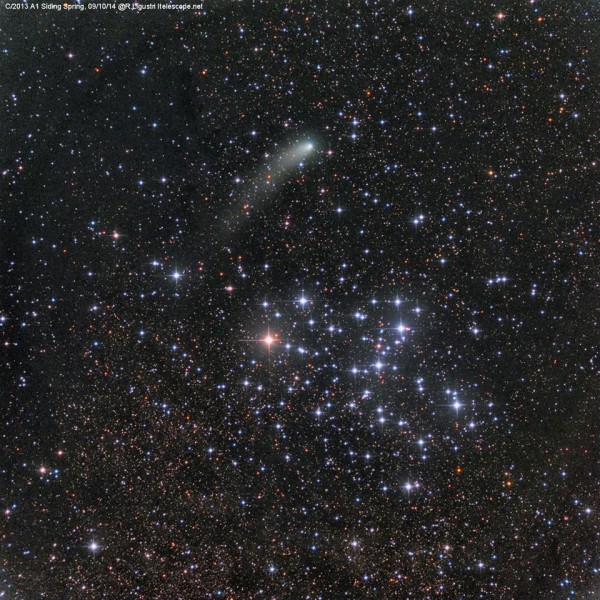 Rolando Ligustri in Italy caught Comet C/2013 A1 Siding Spring passing nearly in front of M6 – sometimes called the Butterfly Cluster – in the tail of the constellation Scorpius on October 9. Professional astronomers recently announced the comet began losing brightness in September. But it is still beautiful, and still has a sweeping comet tail. Its close encounter with the planet Mars on October 19 – one week from today – is much anticipated.

The star cluster M6 is very easy to see in the night sky, if your sky is dark. It’s near the Tail of the Scorpion in the constellation Scorpius. Map via Universe Today.