Now it’s the Northern Hemisphere’s turn to see Comet PANSTARRS. The comet will be near the moon March 12 and 13. Look west immediately after sunset. 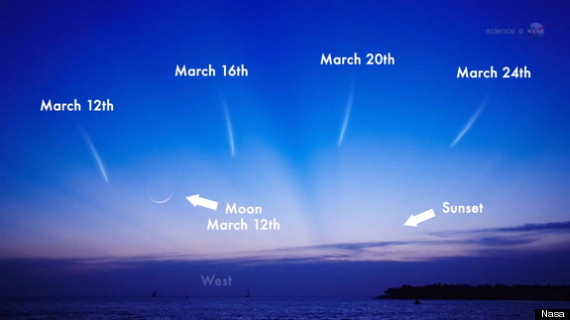 Want to see a comet? Look near the young moon – in the west, shortly after sunset – on March 12 and 13. Image via NASA

Comet PANSTARRS has now been sighted in Northern Hemisphere skies, and, for many, its northern sky debut will come tonight, when the comet appears near the young moon in the western twilight sky. Be sure to look on March 12 and March 13, and bring binoculars if you have them. The moon and comet will appear low in the glow of evening twilight, and may – or may not – be visible to the unaided eye. The comet’s fan-shaped tail will be pointing away from the sunset direction. More about the comet and moon on March 12.

Everything you need to know: Comet PANSTARRS in March 2013 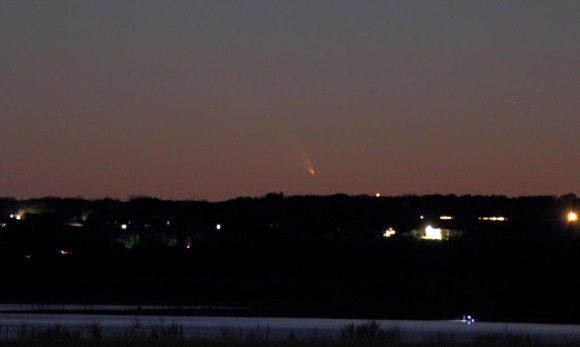 This photo was taken by EarthSky facebook friend Garry Snow outside of San Antonio, Texas, on March 11, 2013, Many thanks for the photo, Gary! Click here for a larger view.