Ever-photogenic Comet Lovejoy at its closest to the Seven Sisters, or Pleiades, star cluster. The comet’s long blue ion tail stretched back past the cluster. 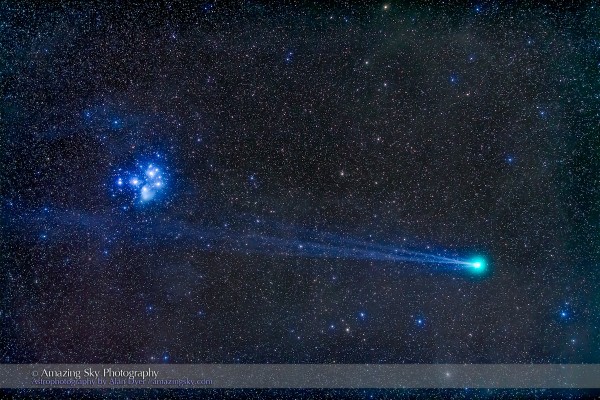 Sunday, January 18, 2015 was the night to catch the ever-photogenic Comet Lovejoy at its best and closest to the Seven Sisters, the Pleiades. Its long blue ion tail stretched back past the Pleiades.

I thought the tail would be passing right over the star cluster, but not so. At least not when I was shooting it at about 7:30 pm MST.

Still, the combination made a fine pairing of cosmic blue objects for the camera.

How to see Comet Lovejoy, plus best photos!