Comet ISON’s path across our sky

This chart shows how we on Earth see Comet ISON in front of the background stars, as it falls toward the sun, moving from the outer to the inner solar system. 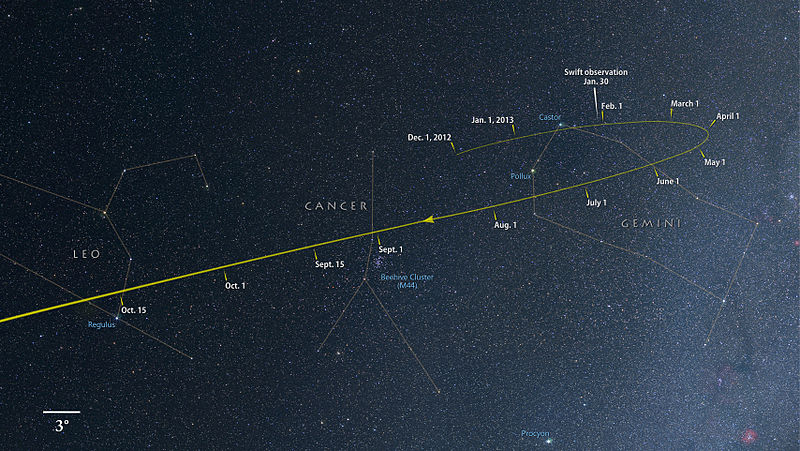 View larger. | Comet ISON from its discovery in December 2012 through October 2013. Chart via NASA.

During these months, Comet ISON tracks through the constellations Gemini, Cancer, and Leo as it falls toward the sun. Its closest point to the sun will be November 28, 2013. Look here for a monthly viewing guide for Comet ISON.

When it was discovered in late 2012, this comet appeared unusually active for its distance from the sun. Many believed at that time that ISON could rank as one of the brightest comets in decades when it makes its close approach to the sun in late November. More recently, the comet has not appeared as bright as earlier models suggested it would be by now. Will it become a very bright comet later this year? Will it even be visible to the eye alone? Comets are notoriously unpredictable, and, at this point, no one can say.

The animation below, also from NASA, shows the comet’s approach and departure from the inner solar system from various perspectives.