Comet ISON is now inside the orbit of Mercury. It’s on the last leg of its journey sunward, a journey that began at least a million years ago. 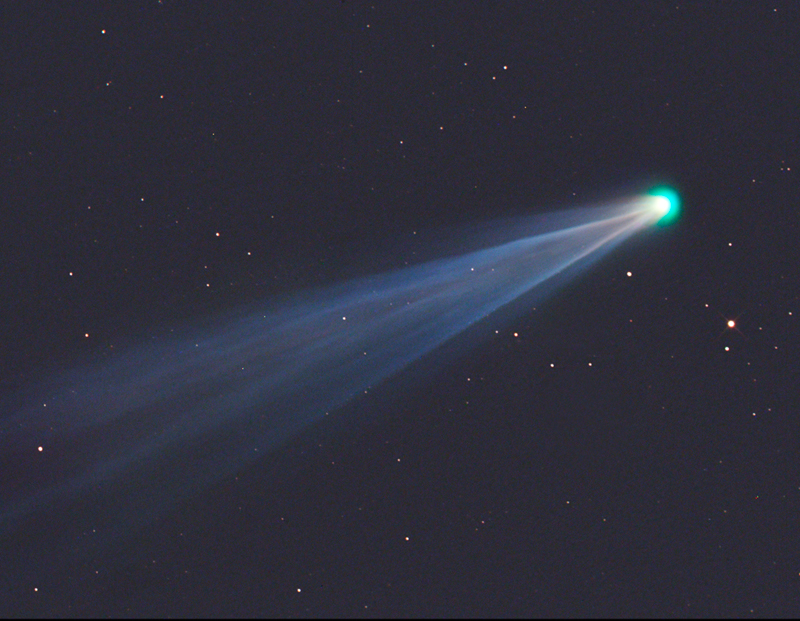 View larger. | Gerald Rhemann in Namibia in SW Africa captured this photo of Comet ISON on November 21, 2013, one week before its encounter with the sun. Visit Gerald’s website Sky Vistas. Used with permission.

At least a million Earth-years ago, the icy chunk we know as Comet C/2012 S1 ISON began its journey sunward from the Oort Cloud surrounding our solar system. Comet ISON will reach its perihelion – closest point to the sun – on Thursday, November 28, 2013. One week beforehand, on November 21, Gerald Rhemann in Namibia in southwestern Africa captured this beautiful photo of ISON, now in the last leg of its long journey. Details of the photo are:

If Comet ISON is able to sweep past the sun and head back toward the outer solar system again without breaking up, it may become visible to the eye alone in the predawn sky in early December. 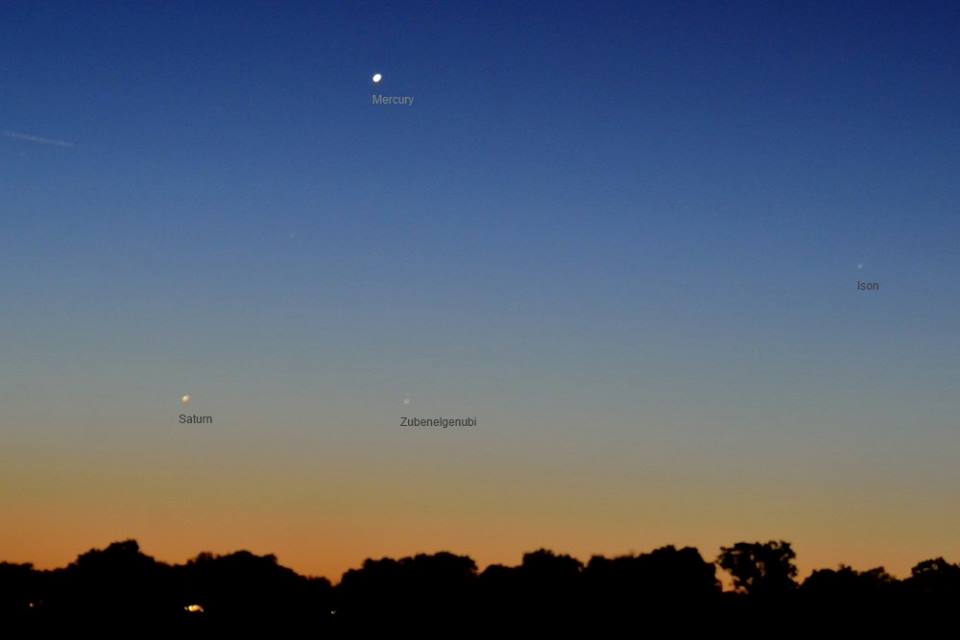 View larger. | Our friend Annie Lewis in Madrid, Spain caught Comet ISON on Saturday morning, November 23, near the planets Mercury and Saturn. Thank you, Annie! Notice that the comet is very low in eastern predawn twilight. Annie’s camera caught it, but your eye may not. 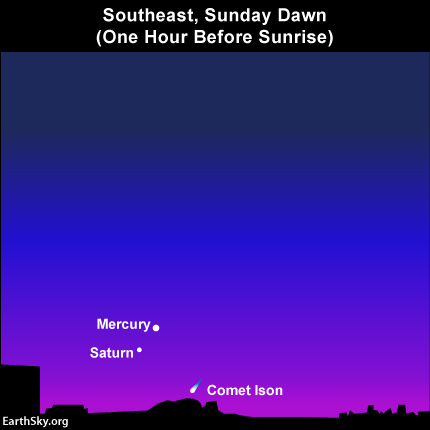 On Sunday morning, November 24, the comet will still be near Saturn and Mercury, which, by the way, are poised for a close conjunction on November 25 and 26. Will you be able to see the comet? You’ll need a pristine sky – clear all the way to the horizon – and binoculars to scan near the planets. 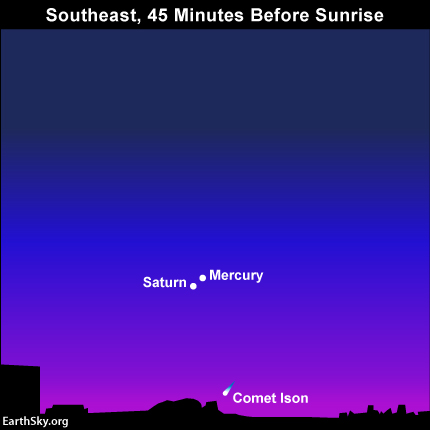 Here is Comet ISON Monday morning, November 25. See how it’s even farther below Mercury and Saturn than on Sunday? It’s heading toward the sun! It’ll come closest to the sun on November 28. If it survives, it might then become a bright object in our predawn sky. 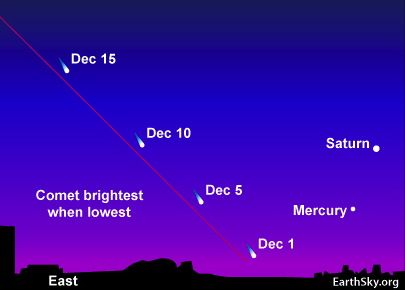 If Comet ISON survives its close sweep past the sun, it should emerge back into our eastern predawn sky in early December. Fingers crossed!

Close pairing of Saturn and Mercury dawn November 25 and 26