The comet will be in a conspicuous place in the sky for the next several mornings, near the bright star Spica on the sky’s dome. 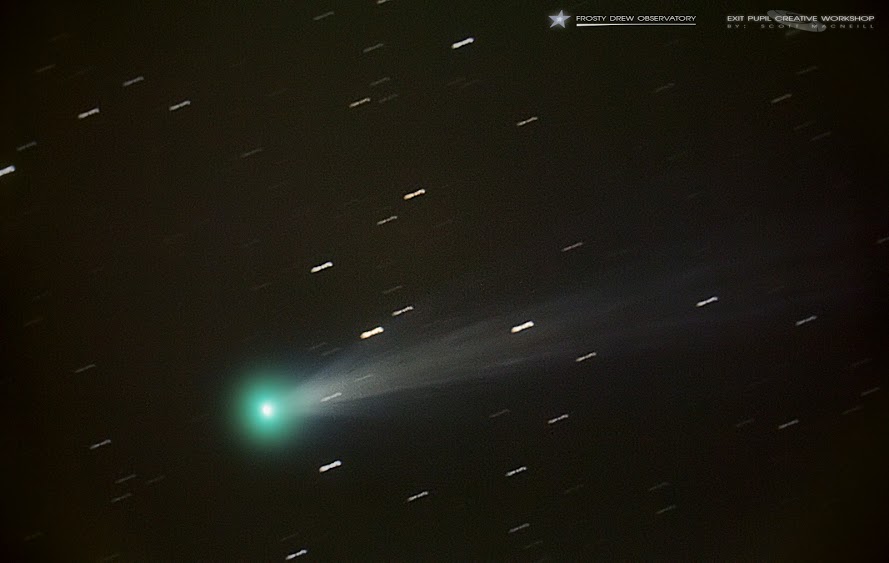 View larger. | EarthSky friend on G+, Scott MacNeill, captured this stunning photo of Comet ISON on the morning of November 15, 2013. Thank you, Scott!

In case you haven’t heard … Comet ISON has been in outburst the past several days. In other words, it has gotten brighter! Our friend Scott MacNeill posted this wonderful photo on EarthSky’s Google+ page.

Many are saying they are glimpsing Comet ISON with the eye alone as a fuzzy barely visible patch in dark skies. The Comet ISON Observing Campaign says:

For those with very dark skies, this now makes it a naked eye object, and even for those in urban environments it is readily visible as a fuzzy green blob about half an hour before sunrise in the southeastern skies.

The comet will be in a conspicuous place in the sky for the next several mornings, near the bright star Spica on the sky’s dome. The charts below might help you find it! Look southeast before dawn for Spica. Scan with binoculars near Spica for the comet. 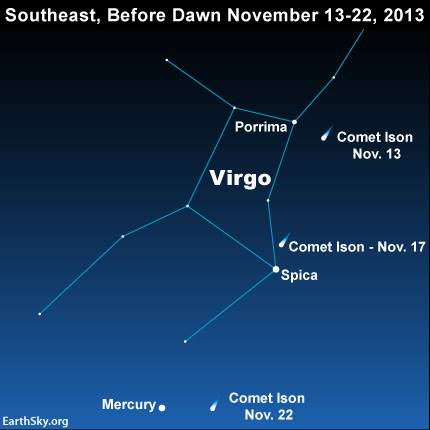 On the mornings of November 17 and 18, Comet ISON and the bright star Spica will be in the same field of view in binoculars. Look southeast before dawn for Comet ISON. Click here to know Spica’s rising time in your sky. 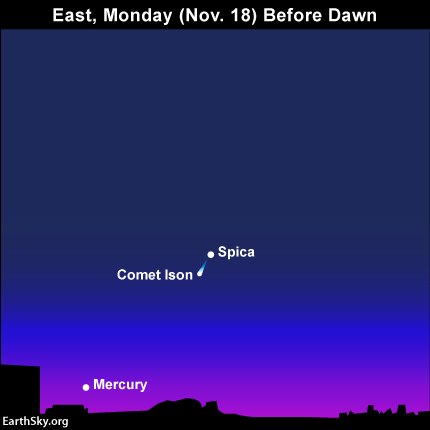 Here is the view on November 18. Look southeast before dawn. 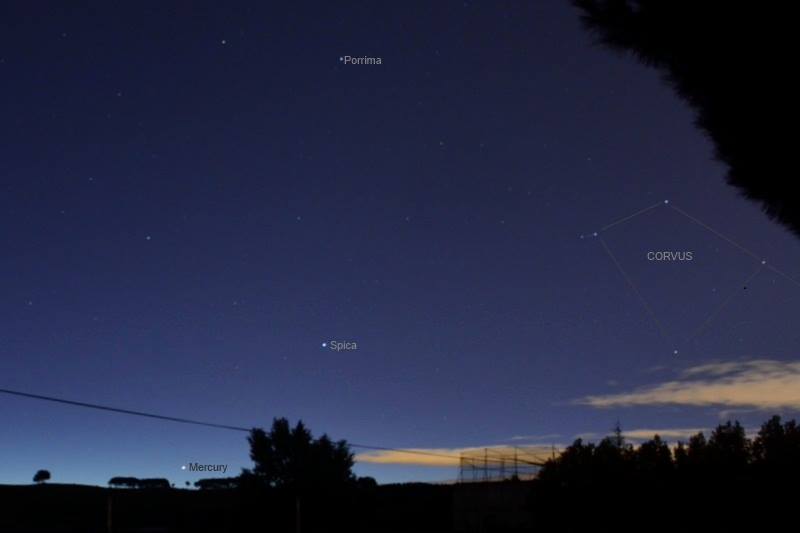 View larger. | Here’s the same part of the sky as on the chart above – as photographed on November 13, 2013 by Annie Lewis in Madrid, Spain. This photo looks east before dawn. It’s the part of the sky in which you’ll find Comet ISON.