This beautiful comet may be visible with the eye alone around mid-October, but it’ll remain much easier to detect using binoculars or a telescope. 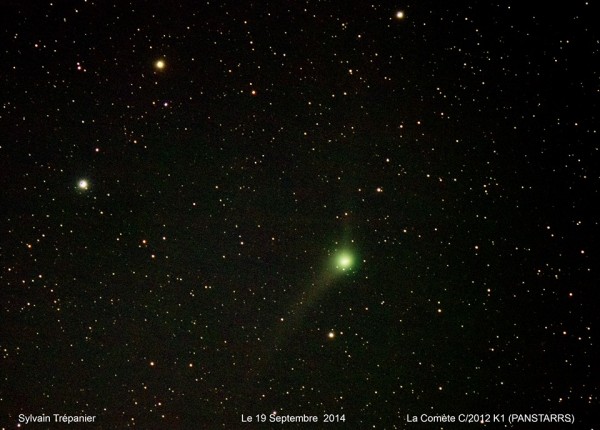 Very late at night, under a crystal sky and a beautiful crescent moon, the comet is very low and … the sun rises quickly …

I am delighted and satisfied with this decision, a comet is always a magical moment.

This comet was discovered on May 17, 2012 when it 1.3 billion kilometers from the sun. It has been visible to telescope and binocular users throughout 2014. Its perihelion (closest point to the sun, in this case about the same as Earth’s distance at 150 million kilometers) was August 27. The comet crossed the celestial equator on 15 September 2014 becoming a Southern Hemisphere object. Its closest approach to Earth will happen on October 31 at a distance of 142 million kilometers. It’s expected to reach its peak magnitude of ~6 in mid-October 2014. Then it may be visible to experienced skywatchers using only their eyes, but the comet will remain much easier to detect using binoculars or a telescope.

View this comet at theskylive.com