Cloud towers, seen from above

Satellite view of mushrooming thunderheads over the Indonesian island of Flores. 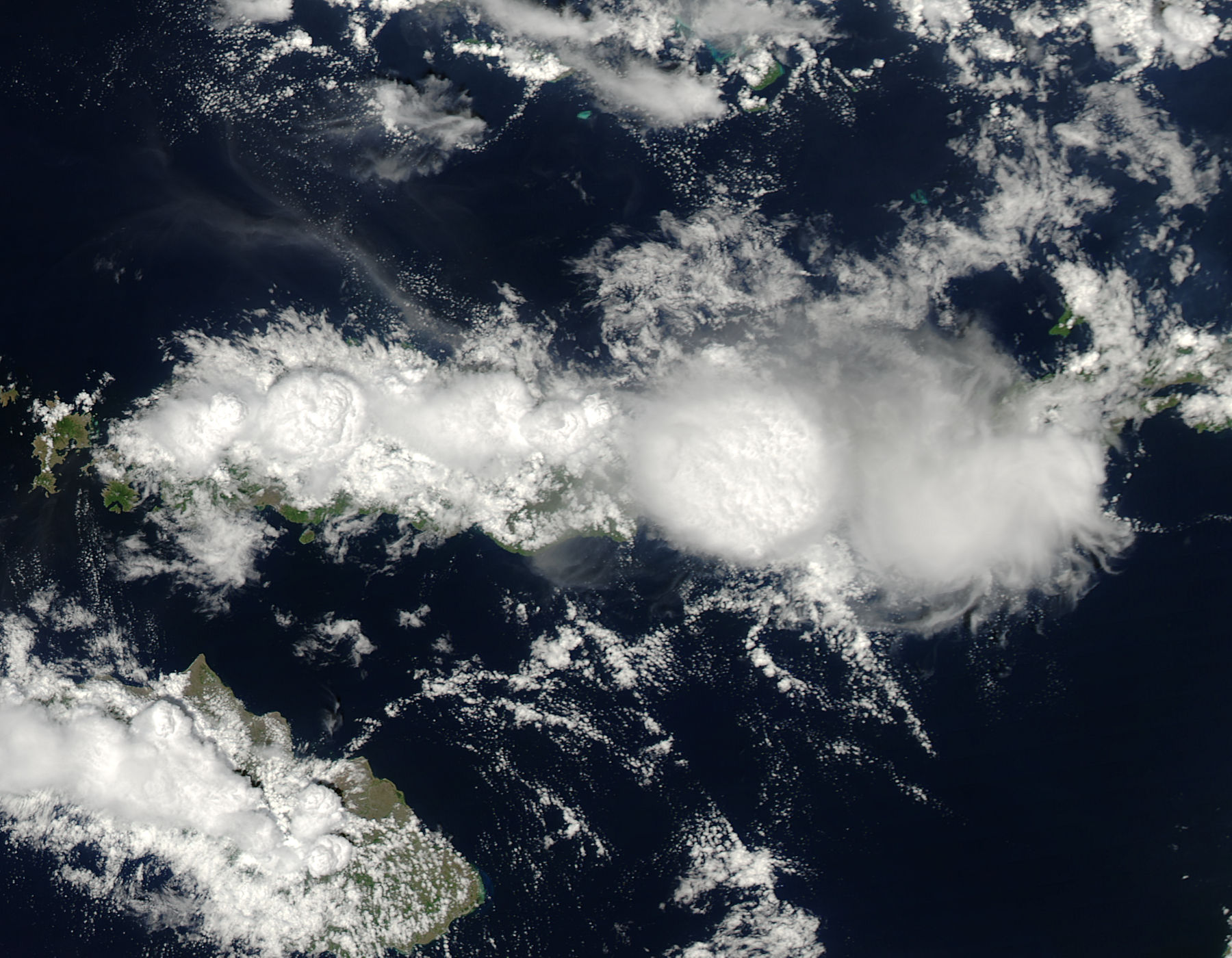 NASA’s Aqua satellite acquired this image of towering thunderclouds – seen from above – on the afternoon of December 2, 2013 over the Indonesian island of Flores. Can’t you just see the air rising and fueling these clouds? NASA scientist Joseph Munchak called these clouds …

… a classic example of island convection that is enhanced by topography.

That is, during the day, sunlight heats land more quickly than the ocean. Warm air over land rises, creating an area of low pressure that pulls in the cool sea breeze. On the island of Flores, the sea breeze from the Flores Sea to the north blows inland and clashes with the sea breeze blowing inland from the Savu Sea to the south. When the two breezes meet in the center of Flores, they push the air up. The rising air cools and condenses into a line of clouds, like this one.

On Flores, a line of tall volcanoes runs down the spine of the island, and their steep slopes also force air to rise.

So moist ocean air blows inland, hits the mountains and volcanoes and rises with the slope. Above the mountains, the rising air meets the rising sea breeze from the other side, and the upward motion is reinforced. Voila. Towering thunderclouds, like those in this satellite image.