The European Space Agency used 7,000 satellite images – acquired from late 2015 through early 2016 – to make this mosaic of Africa. 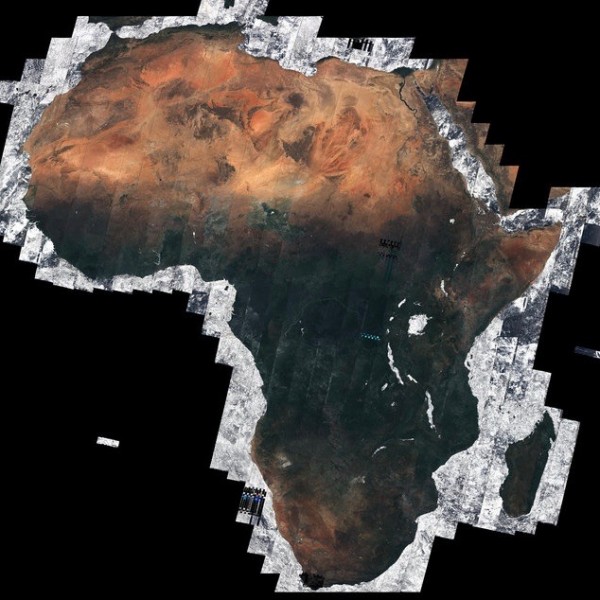 ESA’s Sentinel-2A satellite captured almost 7,000 images to make this mosaic showing a cloud-free view of the African continent – about 20% of the total land area in the world.

Sentinel-2A has an orbit that causes it to revisit Earth’s equator every 10 days. Nevertheless, ESA said:

… being able to capture the Tropics cloud-free over the five months is remarkable.

Read more about this image from ESA.