Can you spot a third moon?

Three of Saturn’s moons appear in this image. Two are easy to spot. Can you find the third? Hint: It’s tiny! 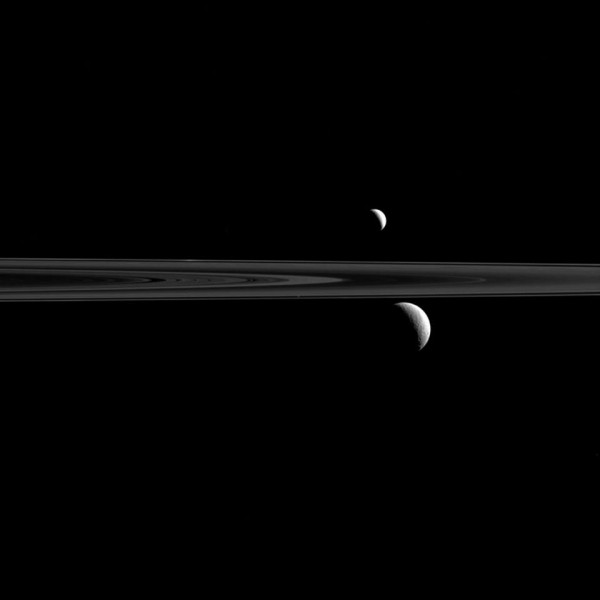 In this image, captured by NASA’s Cassini spacecraft, Saturn’s moon Enceladus appears above the rings and the moon Rhea is below. Where is a third moon? Find the comparatively tiny speck of Atlas above and to the left of Rhea – about two Rhea-diameters away – just above the thin line of Saturn’s F ring.

This view – taken on September 24, 2015 – looks toward the unilluminated side of the rings from about 0.34 degrees below the ring plane, at a distance of approximately 1.8 million miles (2.8 million kilometers) from the moon Rhea.

Saturn has 62 known moons, (not including the hundreds of moonlets that make up the rings) 53 of which are named. Most of the moons are small, but Titan, Saturn’s biggest moon, is larger than the planet Mercury.