Bright meteors of 2017, over Tucson

This compilation of images from Eliot Herman represents the best of more than 100,000 photos of meteors over Tucson, captured on 2017 nights. 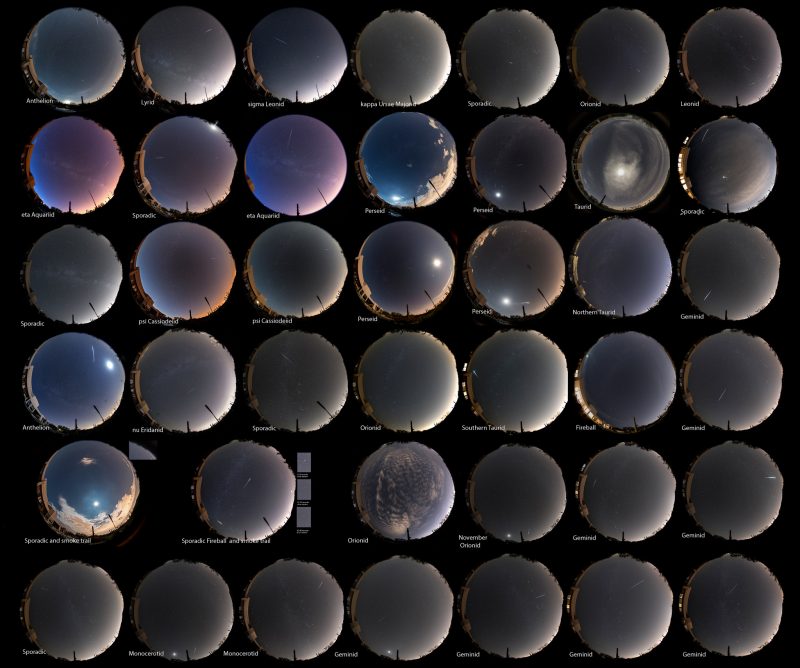 View larger. | Bright meteors of 2017. All photos and image compilation by Eliot Herman.

Veteran meteor observer Eliot Herman in Tucson, Arizona has many nights of very clear night skies, plus an automatic camera set-up that he runs all night on the nights of major (and some minor) meteor showers. He has contributed many wonderful meteor images to EarthSky pages. The composite image above represents his best for each noteworthy shower in 2017. Eliot wrote on Flickr that this montage represents:

… bright meteors culled from over 100,000 images acquired throughout 2017 in Tucson, Arizona. Imaging occurred during a significant fraction of the nights in Tucson when the sky was dark (little moon) and/or clear. All images acquired with a Nikon D800/810 and a Sigma 8 mm fisheye for 15-second exposures and iso 2500 (bright sky) or 3200 (dark sky). The Geminids ended the year with the brightest and most amazing hour of meteors I have observed in my lifetime.

My lifetime brightest fireball from the Geminids: flic.kr/p/219SViM
and flic.kr/p/21tuvpJ

There are many sporadic meteors represented including some notable bright meteors. A few meteors captured are from minor showers not often imaged. Some meteor showers such as the Leonids and Taurids were not optimum this year due to the Moon but the Geminids made up for it all.

There were the occasional glitches in 2017, saving the camera from an unexpected thunderstorm and the irritation of a bird that insisted on landing on my camera lens on multiple bright moon nights.

Thank you for all your photos, Eliot, and for this wonderful compilation! 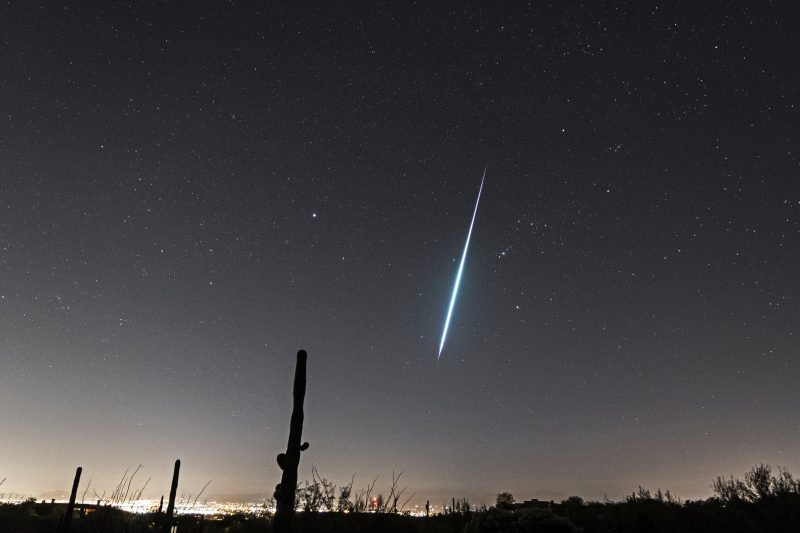 Here is Eliot’s photo of a very bright Geminid fireball, which he captured on the morning of December 14, 2017, around 4 a.m. “The Geminids are good,” he reported that morning.