Earth goes between the sun and Mars on April 8. Mars is now brighter in our sky than it has been in six years, since December 2007. 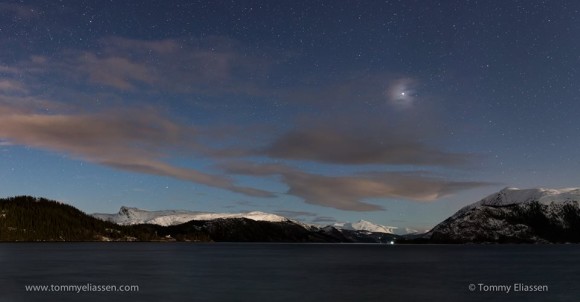 Tommy Eliassen Photography in Hemnesberget, Nordland, Norway captured this beautiful photo of Mars at its brightest. There’s a second, much fainter planet in this photo, too. It’s Saturn. Mars is the bright one to the right. You can see Saturn rising over the house to the left.

Earth goes between sun and Mars on April 8. Mars at opposition