“In the springtime, when a few inches of water rest on its surface, Utah’s Bonneville Salt Flats becomes a massive, thousand-acre mirror.” 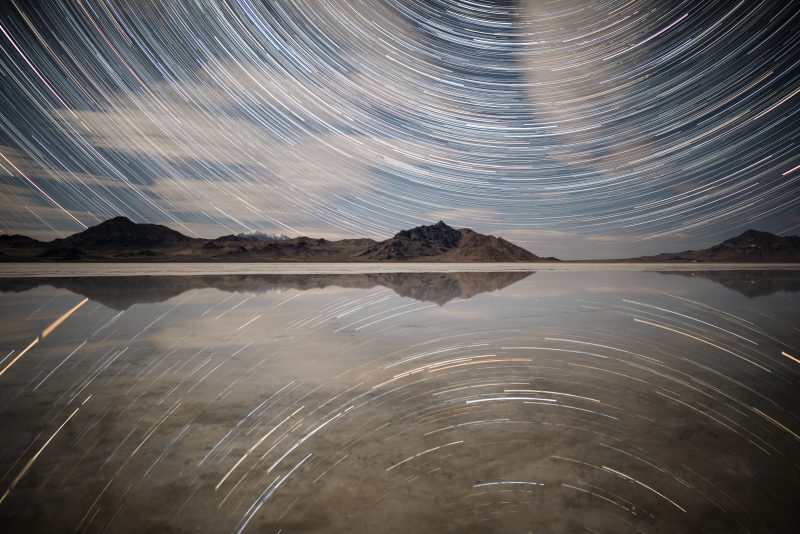 The Bonneville Salt Flats is a densely packed salt pan in northwestern Utah. Marc Tosco captured this image on March 23, 2018, at around 11 p.m. Marc wrote:

Bonneville Salt Flats is known mostly for its land speed records, however in the springtime, when a few inches of water rest on its surface, it becomes a massive, thousand-acre mirror. It is incredible at sunrise and sunset, however at night it is mystical. The stars can literally be seen beneath one’s feet. I set out to photograph movement of the stars around the celestial pole as well as the movement’s reflection in the thin salt water. A half moon illuminated the distant mountains.

For you photography buffs, here are Marc’s tech details:

Post-processing details:
180 RAW files were imported into Adobe Camera RAW where slight adjustments were made universally to all photos. Files were saved as 16bit TIFFs. These TIFFs were stacked in Photoshop in the “lighten” blending mode, hence creating the hour-long star trails. 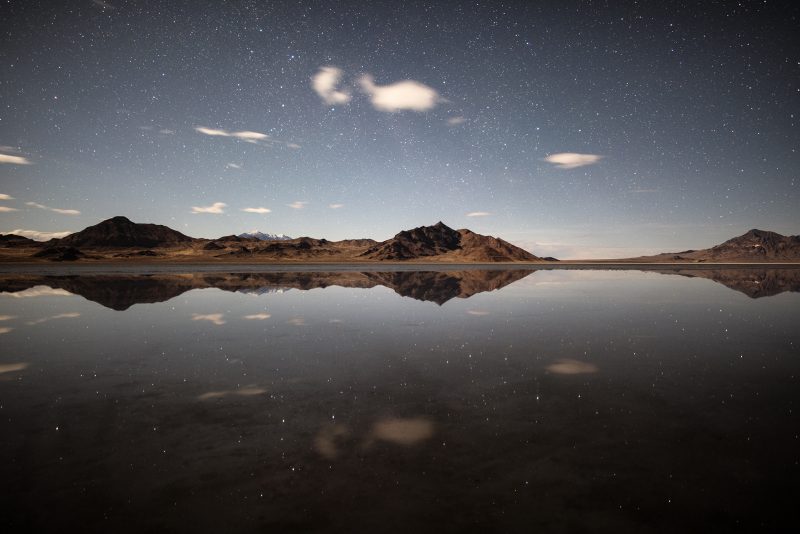 This is one of the single images, prior to stacking. Image via Marc Tosco/Ancient Skys.