Scientists at Scripps Institution of Oceanography in San Diego are unraveling the mechanisms behind the dazzling bioluminescent display of this tube worm. 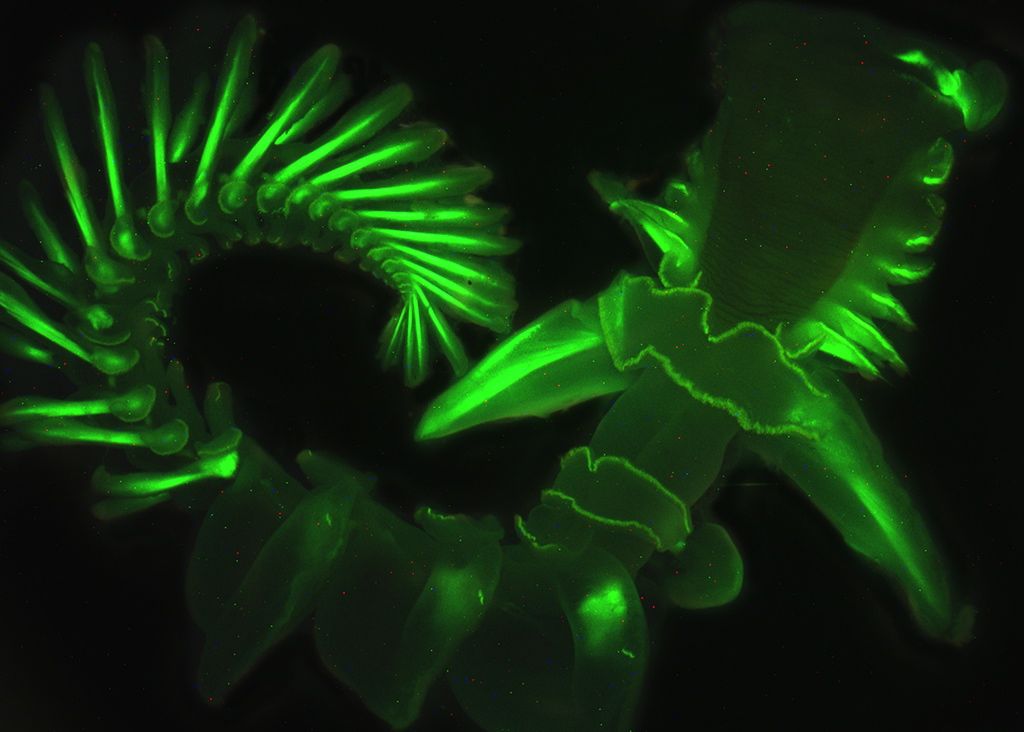 Read more about the research on this creature from Scripps.

The parchment tube worms get their name from the opaque, cocoon-like cylinders in which they live. They’re found around the world in muddy environments, from shallow bays to deeper ocean canyons. 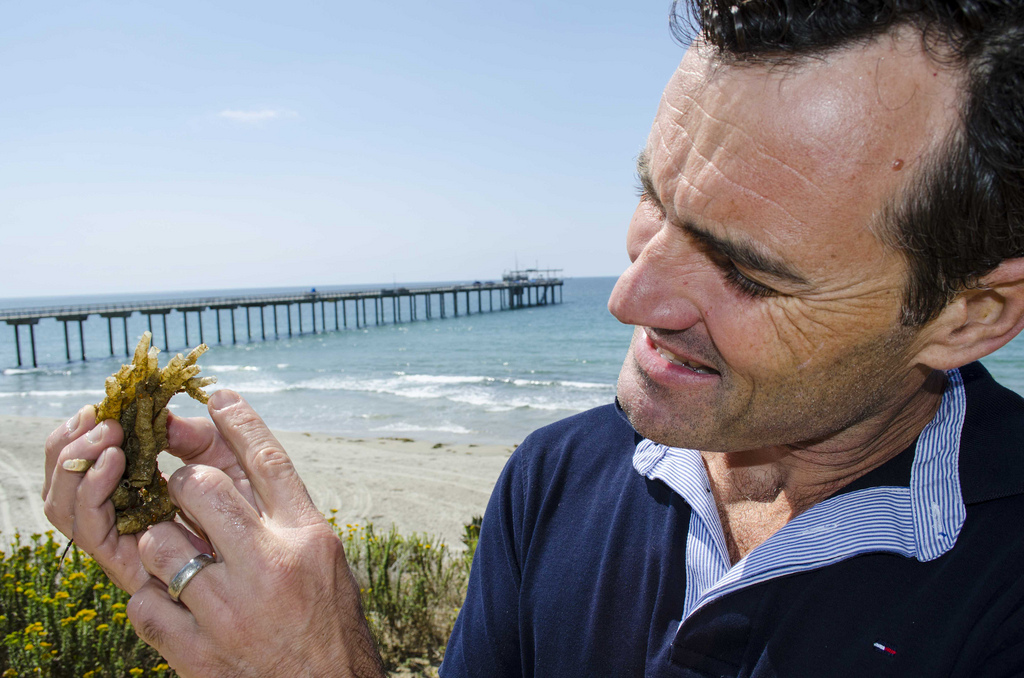