The beaches around Tasmania, an island off Australia’s south coast, had a strong display of bioluminescence last month. 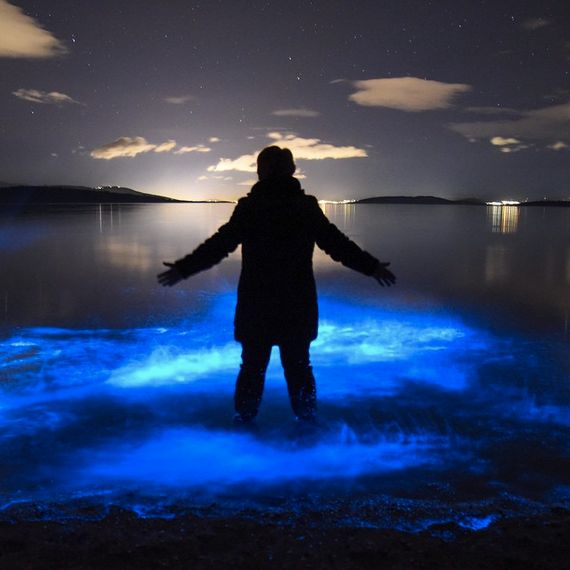 Photo by Paul Fleming (lovethywalrus on Instagram). Used with permission.

Check out this photo from Tasmania, an island state off Australia’s south coast, which had an awesome display of bioluminescence in May. Paul Fleming posted this photo on his Instagram page in mid-May, 2015. He wrote:

Something a little different – ever been in water that sparkles and glows? For the past week, some beaches in southern Tasmania have been illuminating this awesome blue; thanks to noctiluca scintillans, a bioluminescent phytoplankton! Yep, the color and light is 100% natural. Pretty neat, eh! Commonly referred to as ‘sea sparkles’, it’s exactly as that name suggests: stir up the water, or watch the waves, and the water glistens, glows and absolutely sparkles!

And don’t miss the video below, also by Paul Fleming, captured as he walked through the bioluminescent waves.

Thanks for giving us permission to post your work, Paul!

By the way, bioluminescent life forms make their own light and carry it in their bodies. Fireflies are another, perhaps more commonly seen example.

In the oceans of our world, many creatures are bioluminescent. Just as fireflies use their lit-up abdomens to send mating signals and other forms of communication, so bioluminescent creatures of the deep use their internal ability to create light to warn or evade predators, lure or detect prey, and communicate between species members.

Noctiluca scintillans is amazing to see. This is a species of dinoflagellate, though, a kind of plankton linked to fish and marine invertebrate kills. A University of Tasmania website saidL

No toxic effects are known, but it is possible that the high ammonia content … irritates fish, which generally avoid the bloom areas. Noctiluca has been known to bloom extensively off the east and west coasts of India, where it has been implicated in the decline of fisheries. 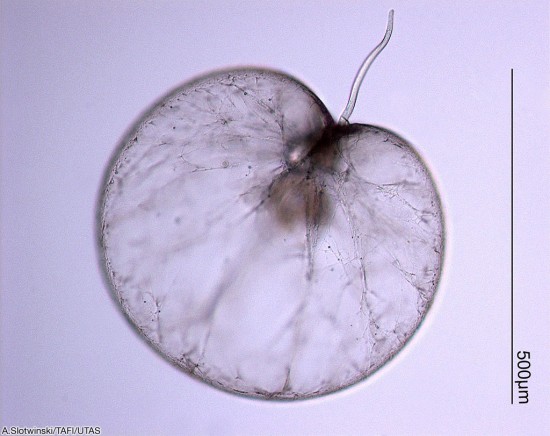 Bottom line: The beaches around Tasmania, off Australia’s south coast, had a strong display of bioluminescence in May, 2015. Photo and a video by Paul Fleming, here.