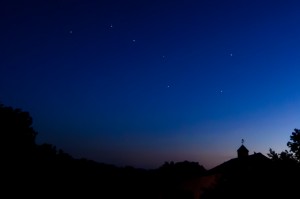 I was up very early this morning hoping to catch a glimpse of the northern lights, but they never showed. Instead I focused north and managed to get this shot of the Big Dipper.

Thank you! Your submission has been received!
Oops! Something went wrong while submitting the form.
END_OF_DOCUMENT_TOKEN_TO_BE_REPLACED