Did you see them? They were beautiful. Check out these photos from around the world. 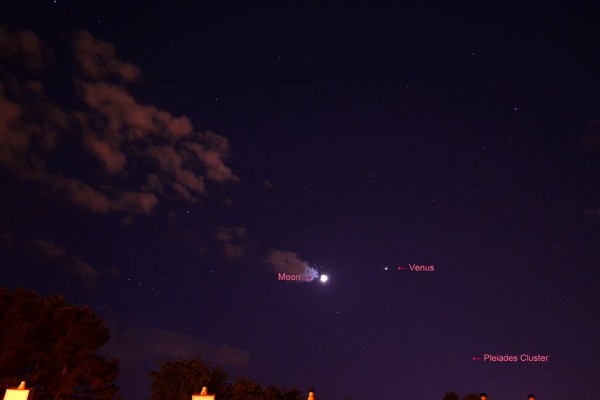 Jenny Shell posted this photo to EarthSky Facebook, from Jonesboro, Arkansas. Thanks, Jenny! 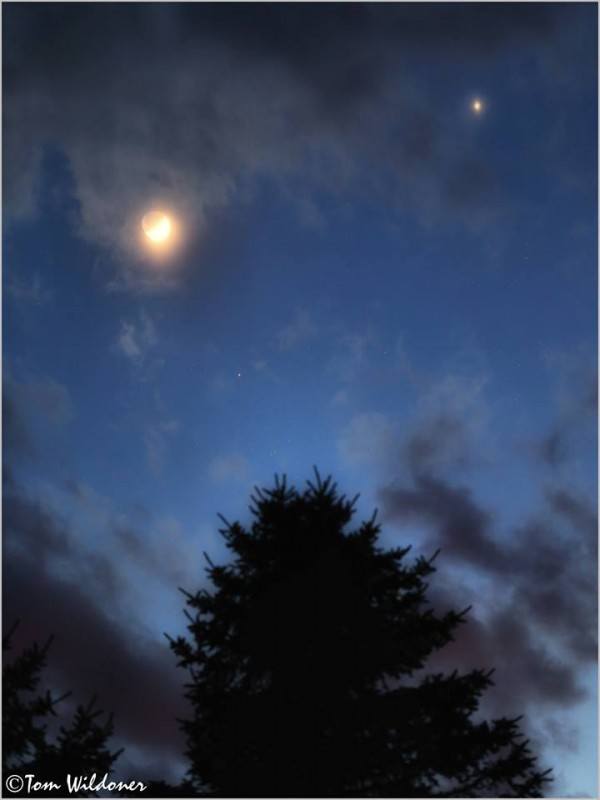 Venus and the moon on April 21 from our friend Tom Wildoner in Weatherly, Pennsylvannia. The star below the moon is Aldebaran in the constellation Taurus.

Check out this cool video posted to EarthSky Facebook by Danny Crocker-Jensen in Wardsville, Missouri. He caught Venus and the moon setting over the Missouri River, in the video below. 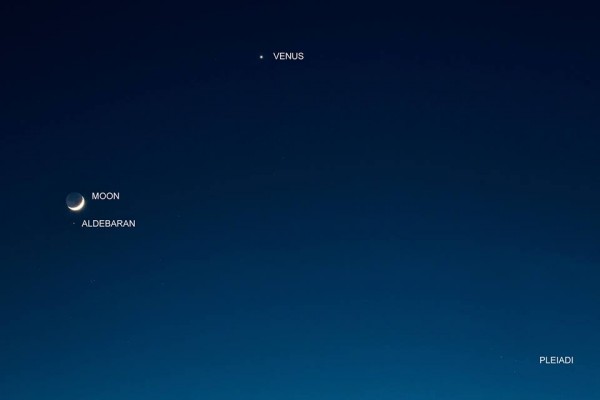 On April 21, as seen from Europe, the moon was very close to the star Aldebaran. Marco Mereu in Turin, Italy, caught the moon, Aldebaran, and Venus on April 21. 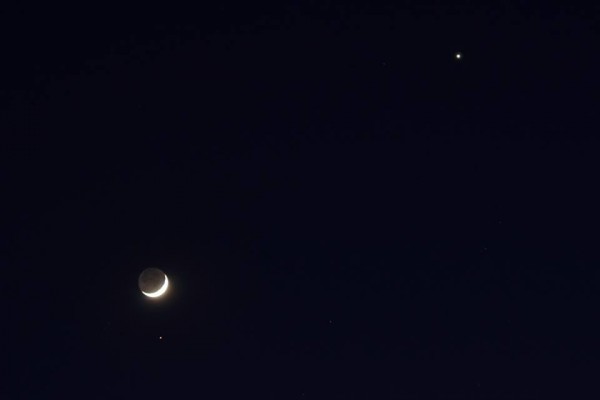 Annie Lewis caught them from Madrid, Spain. Thanks, Annie! 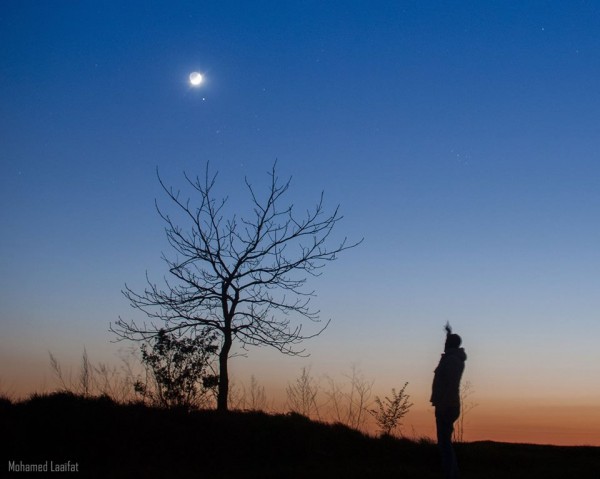 Venus is out of the frame in this photo captured by Mohamed Laaifat Photographies in Normandy, France. 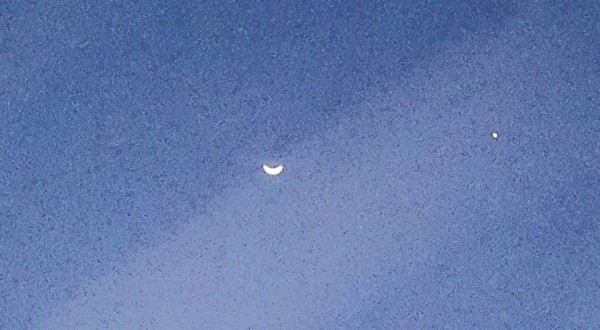 Here’s how they looked from Abuja, the capital of Nigeria in Africa – at about 9 degrees N. latitude – on April 21. Thank you, Baba Gana Taiduma! 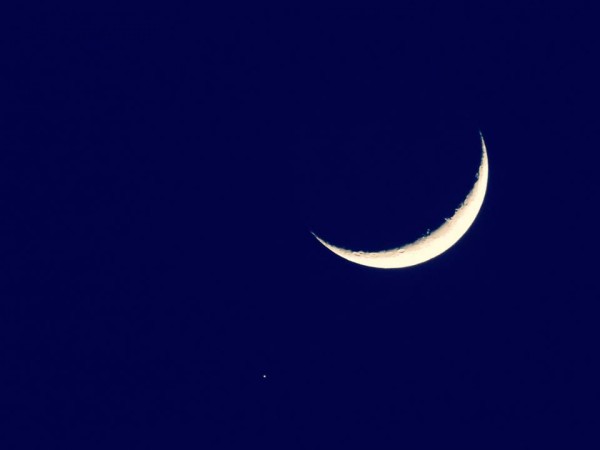 Moon and star Aldebaran as seen from Libya – 27 degrees N. latitude – on April 21. I’m sorry – I could not get WordPress to reproduce the script of your name! 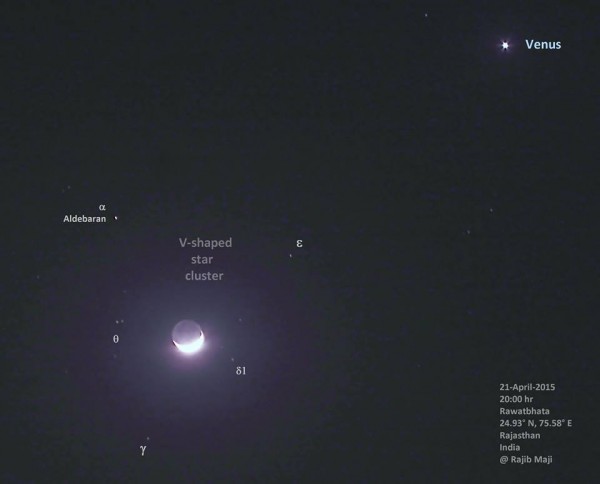 As seen from India on April 21, the moon was below the star Aldebaran. Rajib Maji in Rawatbhata, Rajasthan, India also caught the V-shaped cluster – called the Hyades – of which Aldebaran is a part.

Venus and the moon on the evening of April 21, 2015 as captured by Abhinav Singhai in India. 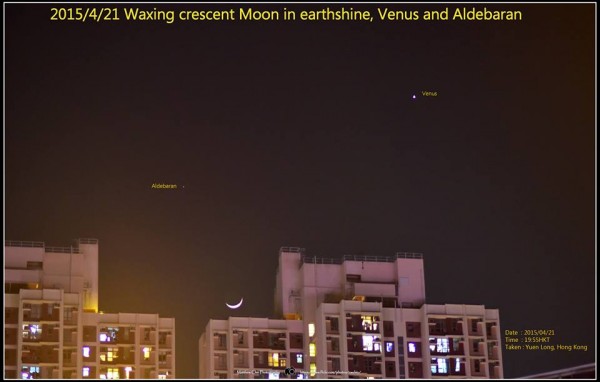 Venus and moon on April 21, 2015 from our friend Matthew Chin in Hong Kong. Thanks, Matthew! 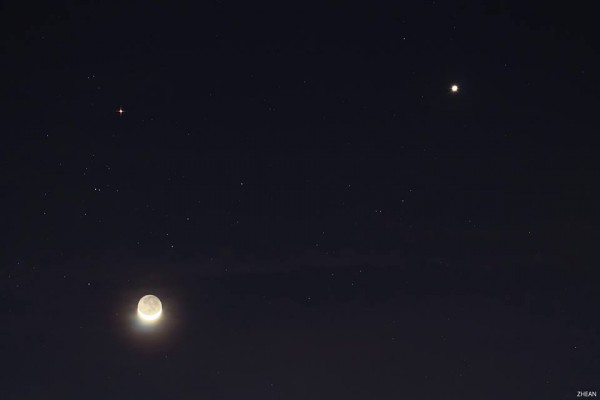 April 21 moon and Venus from Zhean Peter Nacionales in the Philippines. Thank you, Zhean! 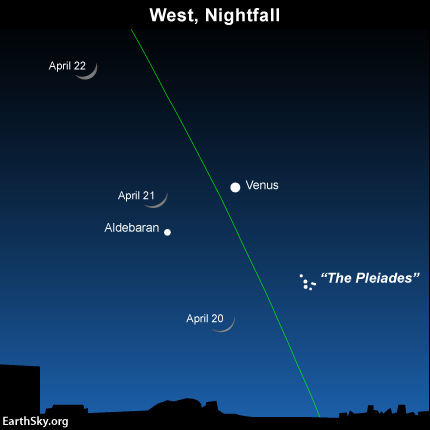 The moon and Venus were closest on the night of April 21, 2015, but they’re close on the nights around then, too. 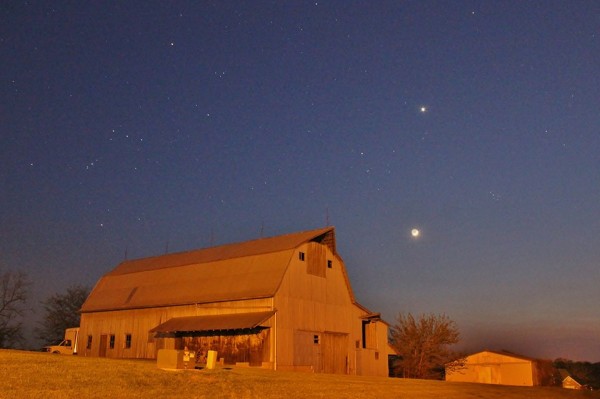 Moon and Venus on April 20, 2015 from Danny Crocker-Jensen in Wardsville, Missouri. Thank you, Danny! 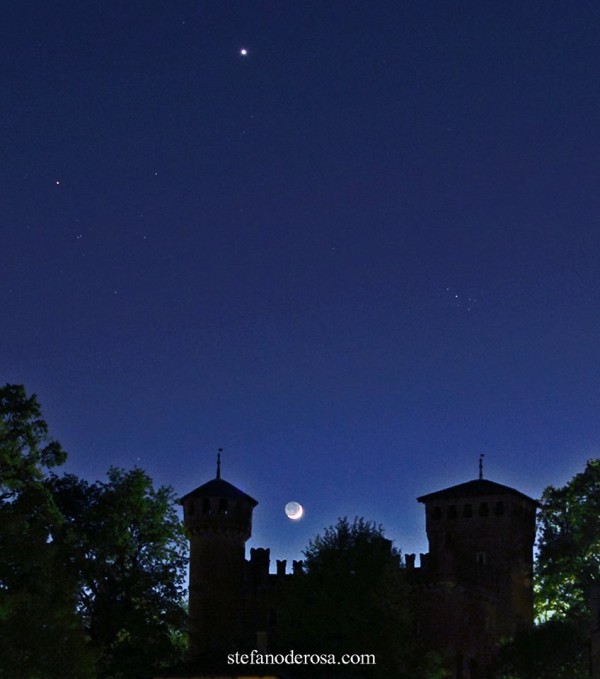 April 20 Venus and moon over a medieval castle in Turin, Italy from our friend Stefano De Rosa. Thank you, Stefano! 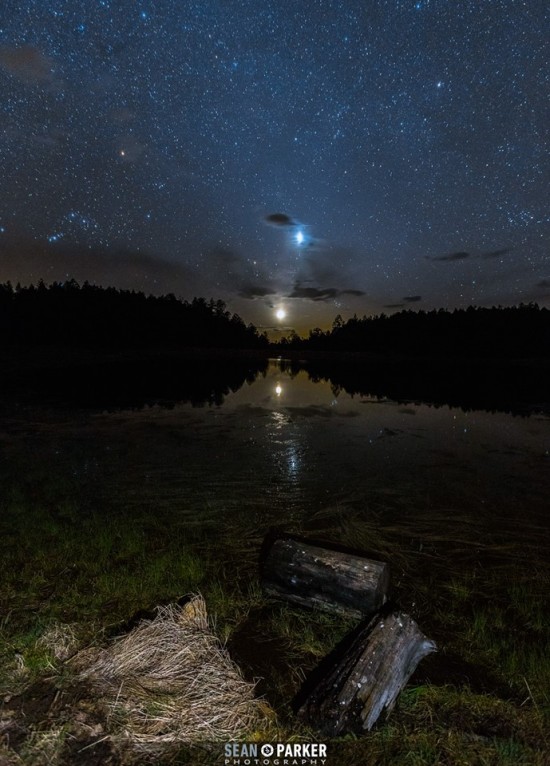