Two images of the Milky Way, taken on the same night from sea caves along the California coastline, hundreds of miles apart. 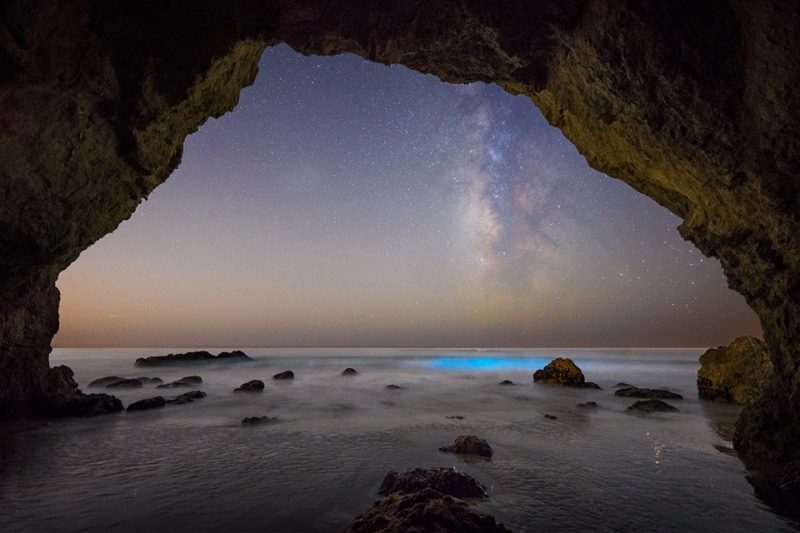 View larger. | Jack Fusco Photography captured this image on September 23, from a sea cave in Malibu, California. Notice the glow on the ocean; it’s bioluminescence, a biochemical light from sea creatures, the sea-going equivalent of firefly light.

It was an incredible night that I won’t soon forget. Two years ago, thoughts of catching the Milky Way from inside a sea cave and getting a photo of bioluminescence were two separate dreams.

I never imagined that I’d be lucky enough to have it all come together in a single exposure.

Swing by Jack’s site to find out more about his experience. 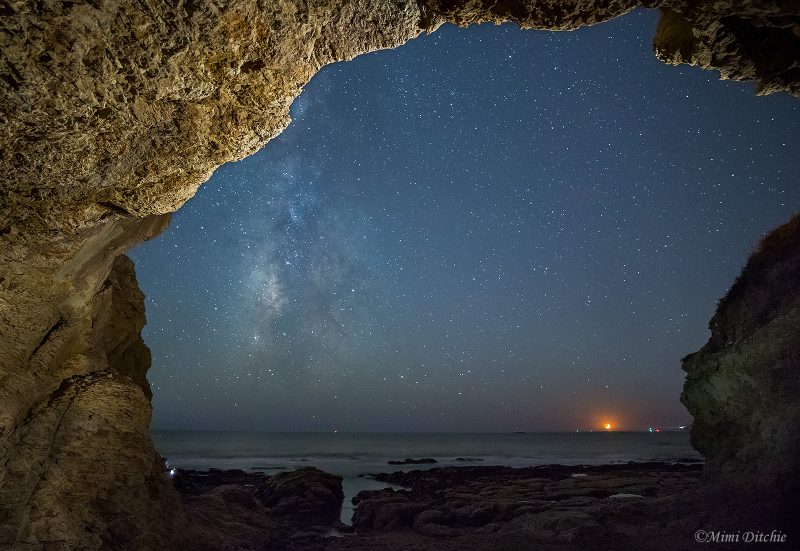 View larger. | Mimi Ditchie captured this image on September 23, too, a couple of hundred miles away, at Shell Beach, California.

I met up with a group of photographers to shoot the Milky Way from the California coast. The weather was predicted to be clear. Along the beach there is a ‘cave,’ which is really just a recessed area into the cliff. Several of us scooted way back in the cave while a third person, a fellow photographer, can be seen the left of the cave. To the right is the setting moon can be seen as well as some of the lights from Avila Beach.