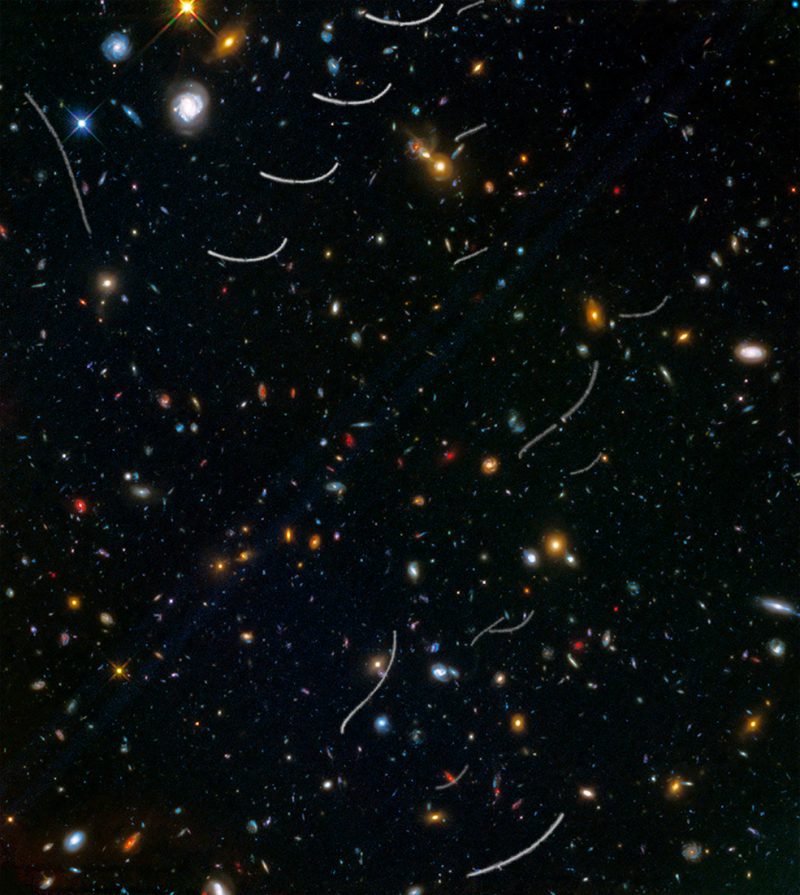 This Hubble photo of a random patch of sky that contains thousands of galaxies, including massive yellowish ellipticals and majestic blue spirals. Much smaller, fragmentary blue galaxies are sprinkled throughout the field. The reddest objects are most likely the farthest galaxies. Asteroid trails appear as curved or S-shaped streaks. Asteroids appear in multiple Hubble exposures that have been combined into one image. Image via NASA, ESA, and B. Sunnquist and J. Mack (STScI)

Like rude relatives who jump in front of your vacation snapshots of landscapes, some of our solar system’s asteroids have photobombed deep images of the universe taken by NASA’s Hubble Space Telescope. These asteroids reside, on average, only about 160 million miles from Earth — right around the corner in astronomical terms. Yet they’ve horned their way into this picture of thousands of galaxies scattered across space and time at inconceivably farther distances. 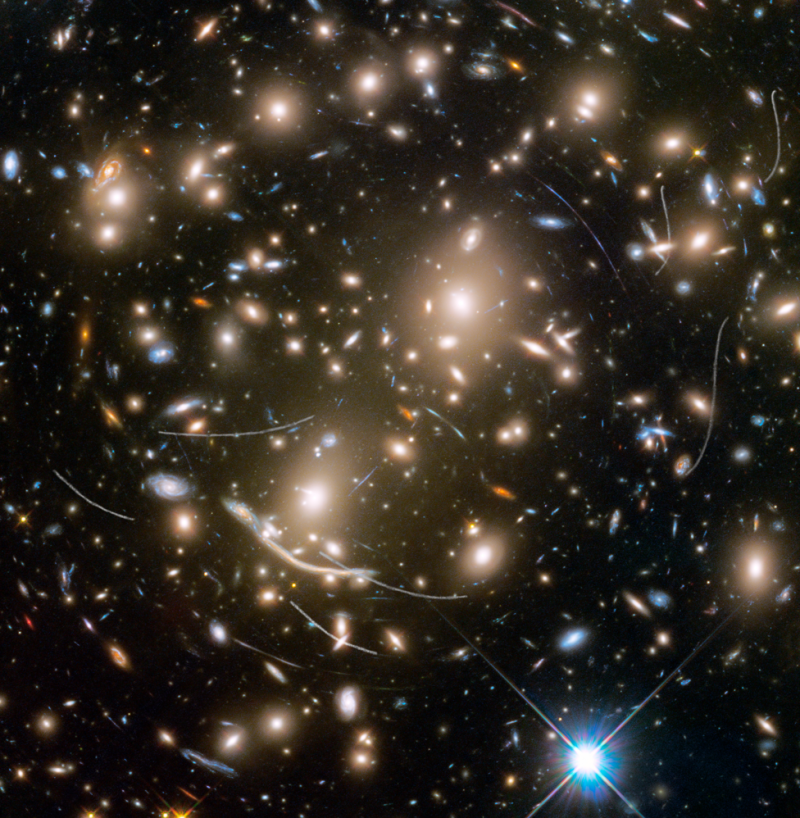 Galaxy cluster Abell 370 contains several hundred galaxies tied together by the mutual pull of gravity. It is located approximately 4 billion light-years away in the constellation Cetus, the Sea Monster. The thin, white trails that look like curved or S-shaped streaks are from asteroids that reside, on average, only about 160 million miles from Earth. The trails appear in multiple Hubble exposures that have been combined into one image. Of the 22 total asteroid sightings for this field, five are unique objects. These asteroids are so faint that they were not previously identified. Image via NASA, ESA, and STScI.

The trails look curved due to an observational effect called parallax. As Hubble orbits around Earth, an asteroid will appear to move along an arc with respect to the vastly more distant background stars and galaxies.

This parallax effect is somewhat similar to the effect you see from a moving car, in which trees by the side of the road appear to be passing by much more rapidly than background objects at much larger distances. The motion of Earth around the sun, and the motion of the asteroids along their orbits, are other contributing factors to the apparent skewing of asteroid paths.

All the asteroids were found manually, the majority by “blinking” consecutive exposures to capture apparent asteroid motion. Astronomers found a unique asteroid for every 10 to 20 hours of exposure time.

Read more about these images from NASA