Arctic blanket over U.S. on January 28

As frigid Arctic air surged into the U.S. this week, the GOES-East satellite captured this image of what looks like a blanket over the Arctic. 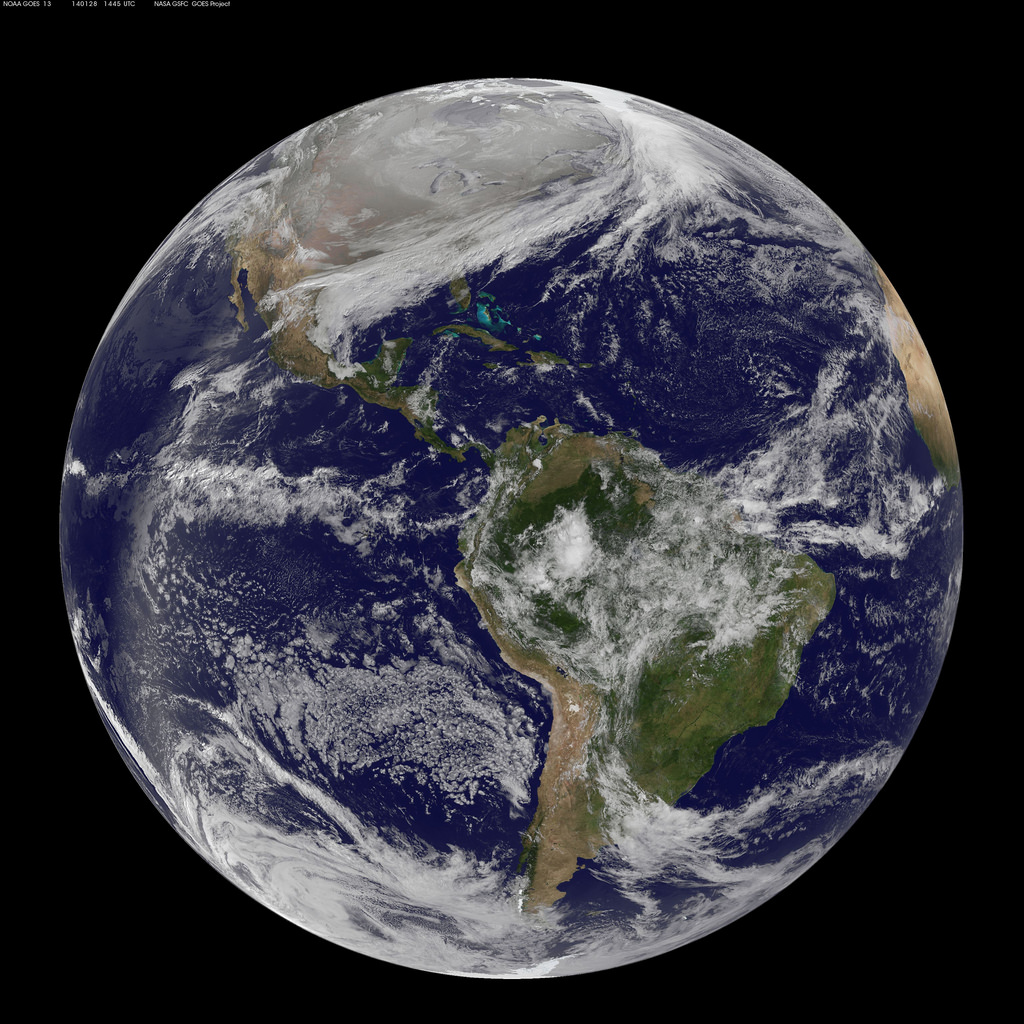 View larger. | A frigid “blanket” of clouds and snow over the Arctic, extending down to the southeastern U.S., on January 28, 2014. Image via GOES-East satellite. Credit: NOAA/NASA GOES Project.

NOAA’s GOES-East satellite captured this image of snow on the ground and clouds overhead, looking like a blanket over the Arctic on January 28, 2014. This blanket isn’t warm, though. In fact, as the image shows, this frigid Arctic air surged into the U.S. this week, dropping temperatures in the southeastern U.S. into the 20s. NASA Goddard Space Flight Center wrote on its Flickr page:

According to NOAA’s National Weather Service (NWS), the Gulf coast states from southern Louisiana east to the Carolinas are facing a wintry mix of precipitation along the southern edge of the Arctic air. Meanwhile, NWS notes that wind chills throughout much of the central and eastern U.S. are in single and negative numbers during the day on January 28.

Bottom line: GOES-East satellite image of what appears to be a blanket covering the Arctic on January 28, 2014.