A satellite image from January 2019 shows launch pad 39A at Cape Canaveral, Florida. From there – on July 16, 1969 – a Saturn V rocket carrying the crew of Apollo 11 launched humanity’s historic voyage to the moon. 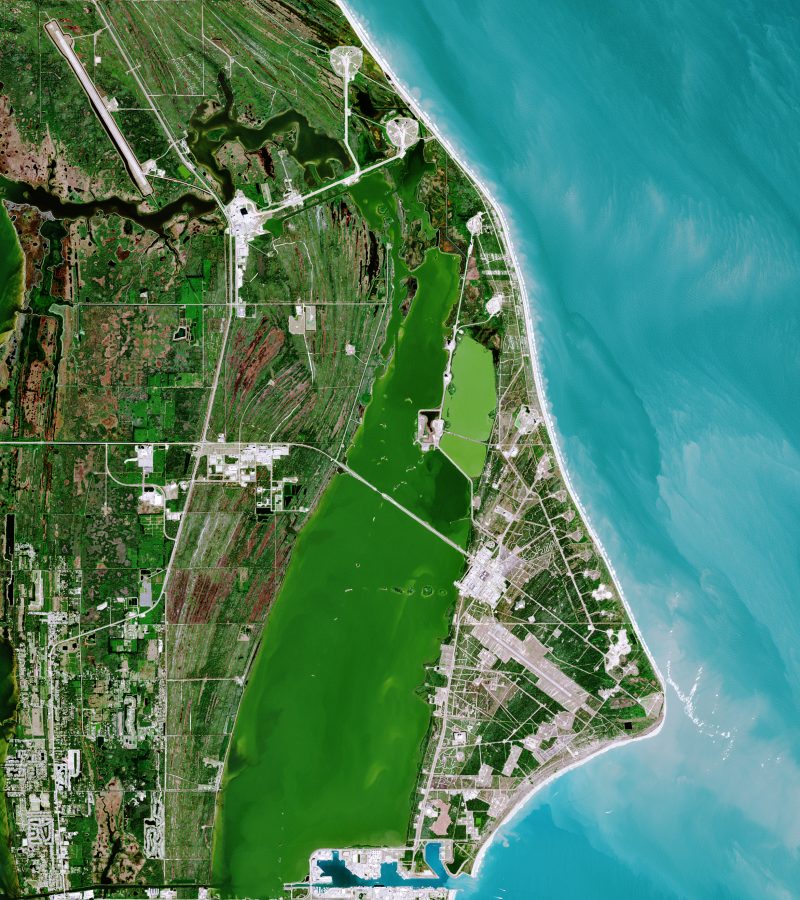 Yesterday (July 16, 2019) the European Space Agency (ESA) released this image to mark 50 years since Apollo 11 blasted off with the first humans to walk on the moon. ESA’s Copernicus Sentinel-2 satellite captured this image of the historic launch site at Kennedy Space Center, Cape Canaveral, Florida, on January 29, 2019.

On July 16, 1969, the Saturn V rocket carrying Apollo 11 began humanity’s journey to the moon. It lifted off from launch pad 39A – which is the second pad down from the top in the image. ESA said in an accompanying statement:

Just four days later, the lunar module, the Eagle, touched down. Watched on television by millions around the world, Neil Armstrong was the first to set foot on the moon, famously saying, ‘That’s one small step for man, one giant leap for mankind.’