Many hoped Comet 252P/LINEAR would become visible to the eye. It has, but only barely. Enjoy photos from the few, the proud, who’ve captured this comet on film! 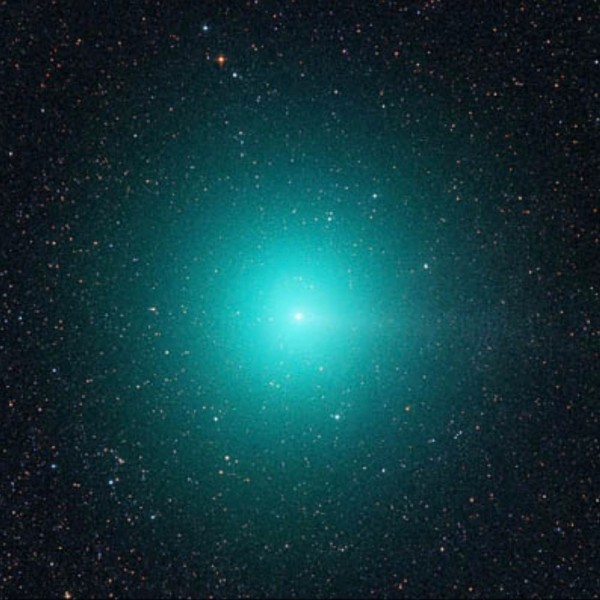 You can see a faint tail for Comet 252P/LINEAR – pointing off to the right – in this photo taken April 3, 2016 by Michael Jaeger. Used with permission.

In late March, 2016, two small comets swept by Earth. One (P/2016 BA14) was the closest comet in 246 years (see video), while the other (252P/LINEAR) was the 5th closest known comet in recorded history. The second comet moved into skies visible from the Northern Hemisphere in late March and early April, and many hoped it would become bright enough to be seen with the unaided eye. It has, but only barely. For the most part, it has remained an inconspicuous object in the predawn sky, visible to those who search with binoculars or telescopes. For a comprehensive article on viewing Comet 252P/LINEAR, plus a chart, look here. This comet will remain in our sky through about June. In the meantime, enjoy these photos from intrepid photographers in the EarthSky community … among the few, the proud, who’ve captured 252P/LINEAR on film! 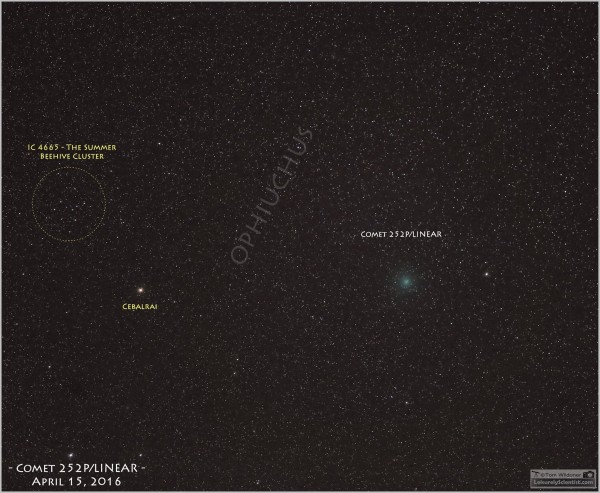 Tom Wildoner wrote: “I captured this image early on the morning of April 15, 2016 in Hickory Run State Park, Pennsylvania.” Visit Tom at LeisurelyScientist.com 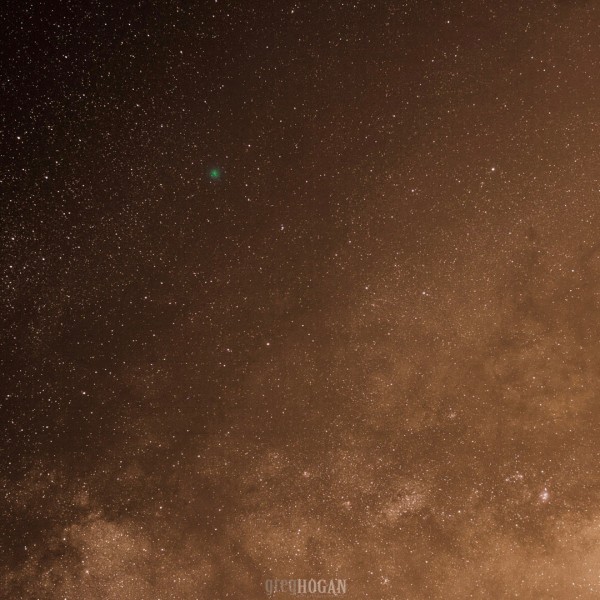 View larger. | Comet 252P/LINEAR on April 5, 2016 by Greg Hogan in Kathleen, Georgia. The comet is the greenish, blurry dot in the upper-left quadrant of the image. 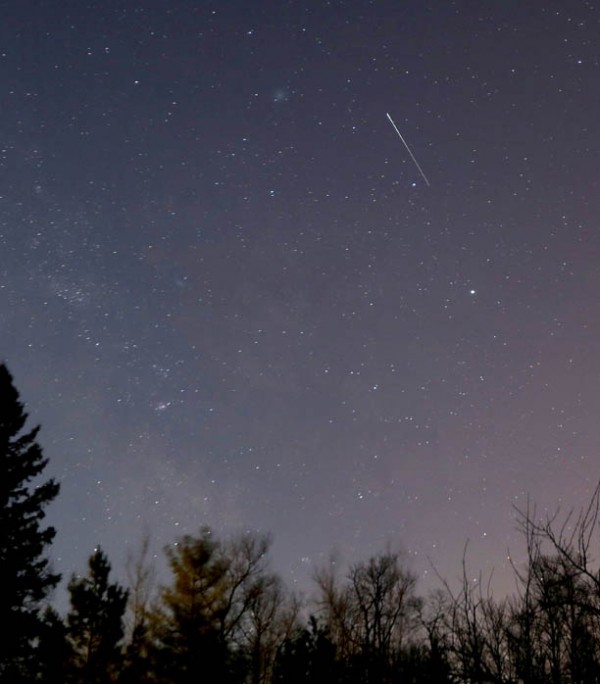 Bob King captured this wide-angle photo of 252P/LINEAR on April 1, 2016. He wrote: “It gives a good impression of the comet through binoculars. The comet is the fuzzy spot to upper left of the streak made by a tumbling satellite that happened to pass through the field during the 15-second time exposure.” Used with permission. 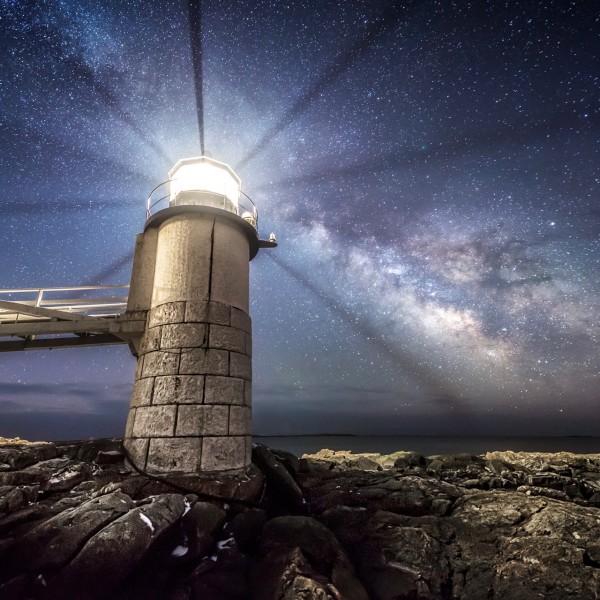 View larger. | Marshall Point Lighthouse and the comet via Mike Taylor Photography. Mike sent in this photo on April 14 and wrote: “Marshall Point Lighthouse is one of our favorite spots to shoot at night. In this image the ‘wagon wheel’ effect from the astragals in the tower’s cap design adds to the otherworldly feel as the photogenic core section of the Milky Way stretches through the scene. Comet 252P/LINEAR can also be seen …” In this image, the comet is in the upper right quadrant, above the second-lowest wagon wheel spoke on the righthand side, and above the thickest part of the Milky Way. See more at Taylor Photography. 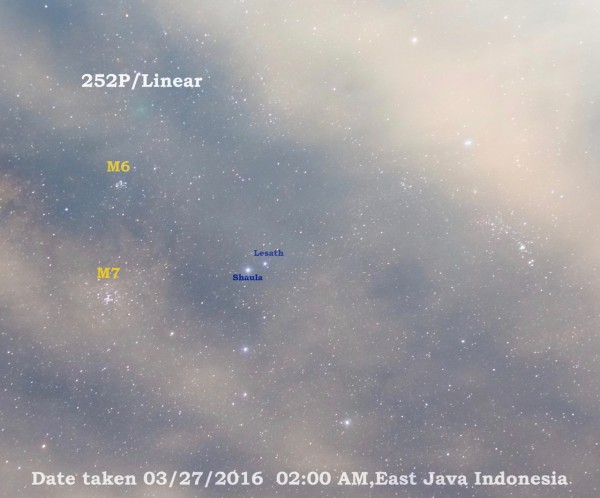 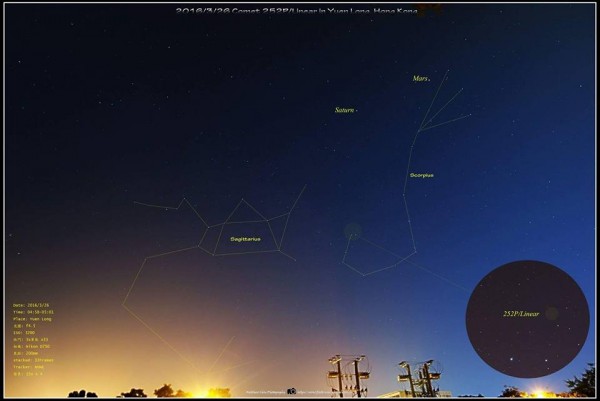