The biggest sunspot region in more than two decades produced many impressive solar flares. Just before it disappeared, it also gave us this beautiful display of coronal loops. 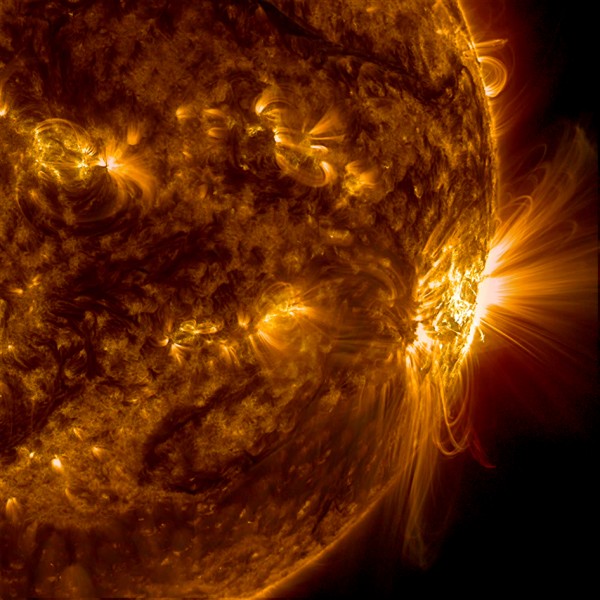 The biggest sunspot region in more than two decades put on quite a show for sun-watchers in late October, 2014. This huge sunspot – called AR 12192 (aka AR 2192) – was around 129,000 kilometers across, or big enough for 10 Earths to sit side-by-side along its diameter! It produced many solar flares, including several X flares, the largest kind. By October 26, for example, this part of the sun had erupted with its sixth substantial flare in about a week’s time.

But the show wasn’t over yet. As AR 12192 rotated over to the edge of the sun, just before it disappeared to the back of the sun as seen from Earth, it put on a wonderful display of coronal loops. 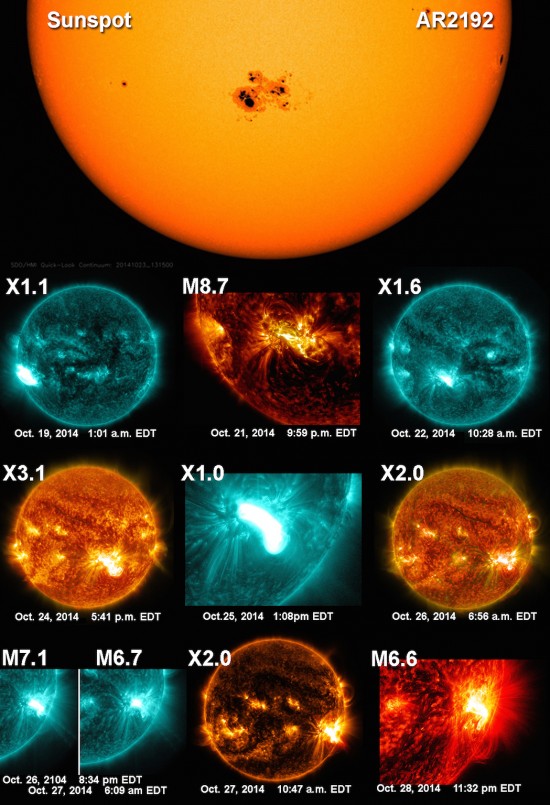