It started erupting explosively and unexpectedly in late 2016. This view is from January 3, from NASA’s Terra satellite. As of yesterday, the eruptions were declining, but may start again! 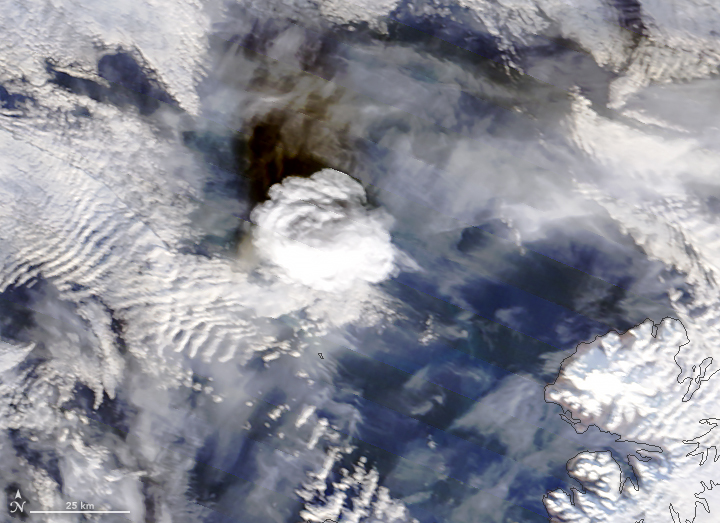 NASA released this image this week of a January 3, 2017 shot from space of Alaska’s Bogoslof volcano. This volcano unexpectedly began erupting in late December 2016, and it has continued its activity into this year. This image shows the loud, brief eruption of this volcano that took place on January 3, kicking off the new year. NASA Earth Observatory said:

According to the Alaska Volcano Observatory, cloud-top temperatures indicate the volcanic plume may have reached as high as 33,000 feet (10,000 meters) into the atmosphere. Winds out of the south carried the cloud north over the Bering Sea.

Bogoslaf volcano is in the Aleutian Islands. Map via AVO.

Noting the location and intensity of the volcanic ash plume is critical because these plumes can be extremely damaging and dangerous for aircraft, and many aircraft do fly a polar route. That’s why there’s an aviation code system in place, to warn aircraft away from volcanic plumes. We’ve watched in recent days as the Alaska Volcano Observatory (AVO) has sent multiple notices of changes to the aviation code, related to Bogoslaf volcano.

As recently as January 10 (the day of this writing), AVO wrote that the aviation code had been lowered from Red to Orange, and the alert level from Warning to Watch:

The level of seismic activity at Bogoslof volcano has declined and no further volcanic emissions have occurred since the two strong eruptive pulses on January 8, 2017 at about 22:33 and 22:56 AKST (07:33 and 07:56 Jan 9 UTC). We are therefore lowering the Aviation Color Code to ORANGE and the Alert Level to WATCH.

It remains possible for additional ash-producing eruptions to occur at any time with limited precursory unrest and little warning. 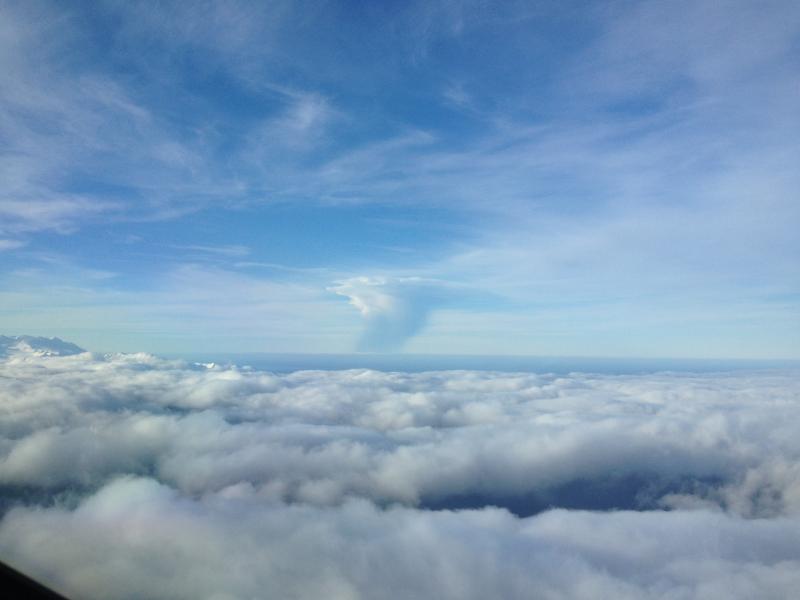