A window into Europa’s ocean

Astronomers have found a new way to gather data about the vast liquid ocean below the surface of Jupiter’s icy moon Europa. 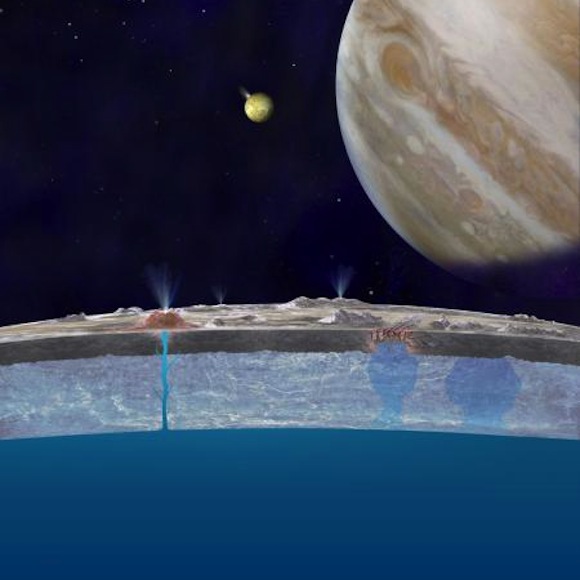 If you could taste the surface of Jupiter’s moon Europa, scientists say, it might taste salty. You might actually be sampling a bit of the ocean beneath the surface of this icy world.

That’s according to Mike Brown of the California Institute of Technology (Caltech) and Kevin Hand of the Jet Propulsion Laboratory (JPL). They’ve have found the strongest evidence yet that salty water from the vast liquid ocean beneath Europa’s frozen exterior actually makes its way to the moon’s surface. 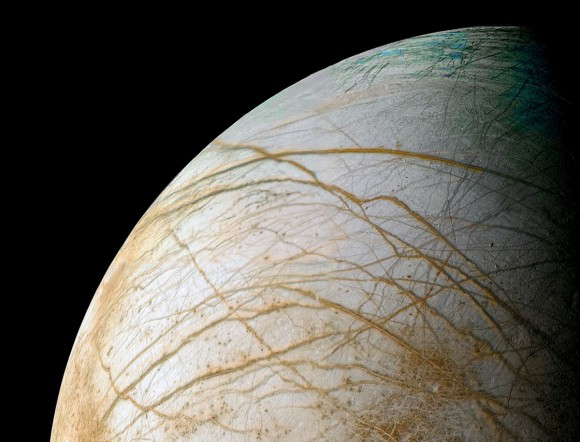 Jupiter’s moon Europa. It’s about the size of Earth’s moon. These criss-crossed lines on its surface are known as chaos terrain. They are frozen mounds of huge jumbled chunks of ice – possibly made by large pockets of liquid water beneath Europa’s surface. Image via NASA/JPL/Ted Stryk.

We now have evidence that Europa’s ocean is not isolated — that the ocean and the surface talk to each other and exchange chemicals. That means that energy might be going into the ocean, which is important in terms of the possibilities for life there. It also means that if you’d like to know what’s in the ocean, you can just go to the surface and scrape some off.

The surface ice is providing us a window into that potentially habitable ocean below.

Read more about sampling Europa’s ocean at its surface via Caltech.