A tornado cut this swath of destruction in Arkansas

Among the hardest hit areas during April’s severe storms were the towns of Mayflower and Vilonia, Arkansas. A NASA satellite captured the tornado track from above. 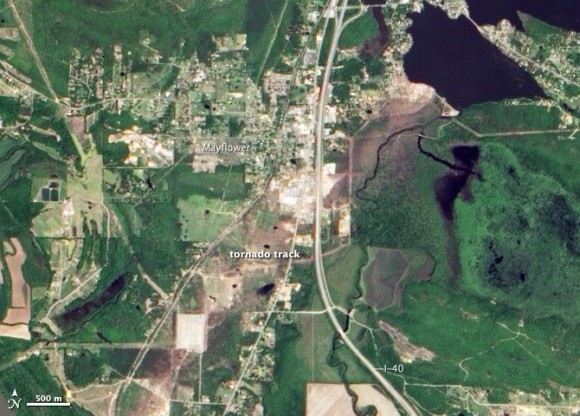 Earth Observing-1 (EO-1) satellite captured this image of a brown swath cut across an otherwise green landscape in Mayflower, Arkansason May 2, 2014. An April 27 tornado, which caused 16 deaths in the area, caused the damage.

In late April, 2014, a severe weather system descended on the U.S. Central Plains, fueling intense thunderstorms and tornados. Among the hardest hit areas were the small towns of Mayflower and Vilonia, Arkansas. Sixteen people were killed and 400 to 500 homes were destroyed.

A few days later, NASA’s Aqua satellite saw clear evidence of the damage in the form of a brown trail – what scientists call a tornado track – across the otherwise green landscape in Mayflower. NASA’s Advanced Land Imager (ALI) on Earth Observing-1 (EO-1) satellite captured this iamage on May 2. 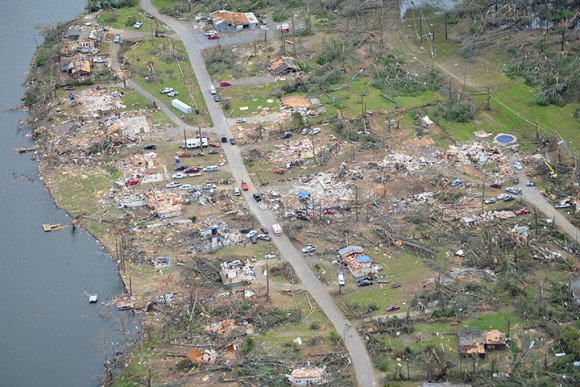