A star set to explode

Scientists say the object nicknamed SBW1 will someday explode as a supernova. 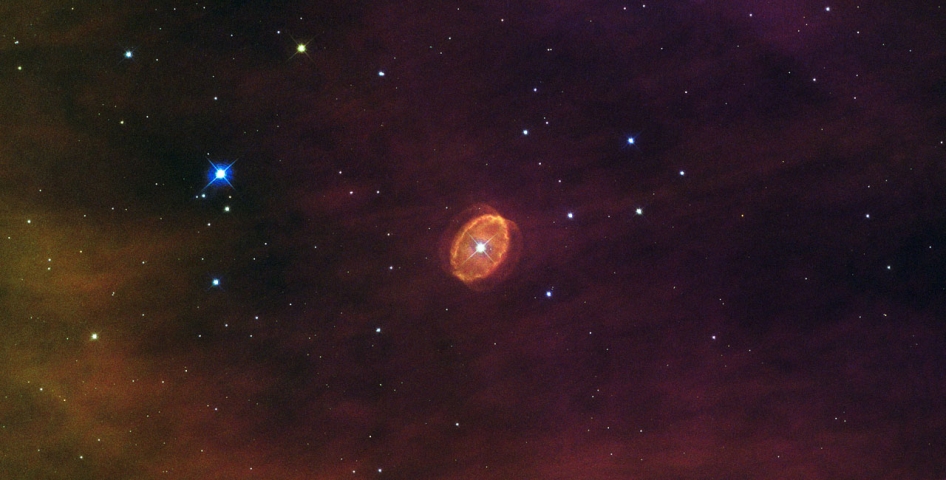 This new Hubble image shows an ethereal object, known officially as [SBW2007] 1 but sometimes nicknamed SBW1. It’s a nebula with a giant star at its center. Scientists say it will someday explode as a supernova. Spacetelescope.org wrote:

The star was originally 20 times more massive than our sun, and is now encased in a swirling ring of purple gas, the remains of the distant era when it cast off its outer layers via violent pulsations and winds.

But the star is not just any star; scientists say that it is destined to go supernova. Twenty six years ago, another star with striking similarities went supernova — SN 1987A. Early Hubble images of SN 1987A show eerie similarities to SBW1. Both stars had identical rings of the same size and age, which were travelling at similar speeds; both were located in similar HII regions; and they had the same brightness. In this way SBW1 is a snapshot of SN1987a’s appearance before it exploded, and unsurprisingly, astronomers love studying them together.

At a distance of more than 20 000 light-years it will be safe to watch when the supernova goes off. If we are very lucky it may happen in our own lifetimes…