Astrophysics – understanding the physical nature of stars – was born when astronomers learned to analyze the different wavelengths of white light. 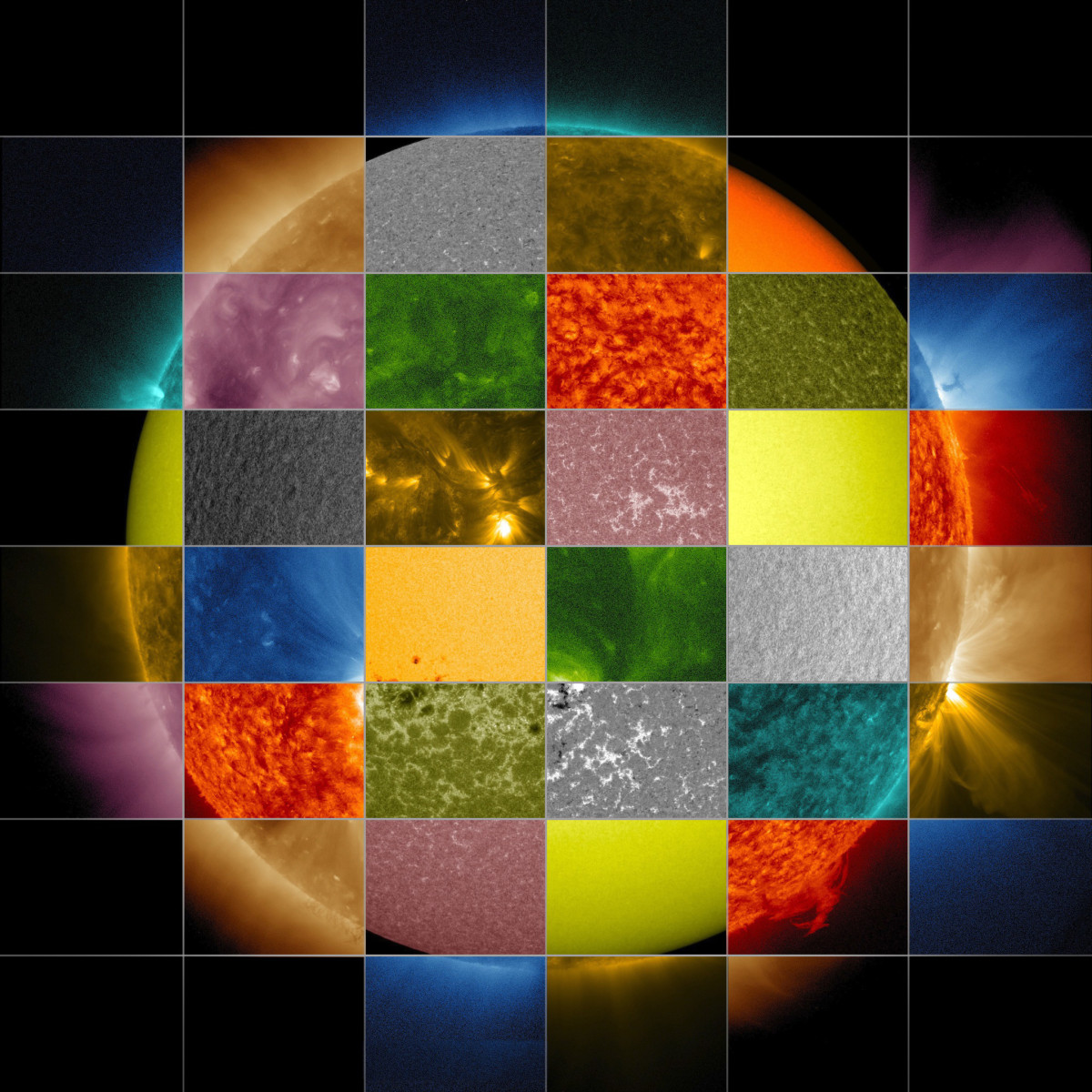 We saw this cool image at astronomer Brian Koberlein’s page on G+. It’s a collage of images of the sun taken at different wavelengths, from NASA’s Solar Dynamics Observatory (SDO). The different wavelengths in white sunlight – both visible as in the rainbow, and some invisible to our human eyes – reveal the aspects of the sun’s surface and atmosphere in a way one wavelength alone never could.

Sunlight can be split into many wavelengths, or colors – including the rainbow colors of the visible spectrum – but also invisible colors that our eyes can’t see. Learning to understand the messages encoded in the many wavelengths of sunlight, or starlight, has been astronomy’s most powerful tool since about the mid-1800s. Astrophysics is in part the science of understanding the physical nature of stars, for example, what stars are made of. Astrophysics was born when astronomers learned how to analyze light in this way.

Read more: Why scientists observe the sun in different wavelengths