A last look at Jupiter

The giant planet Jupiter is about to disappear into the sunset. Jean-Baptiste Feldmann captured Jupiter, along with Venus and Mercury, on June 1. 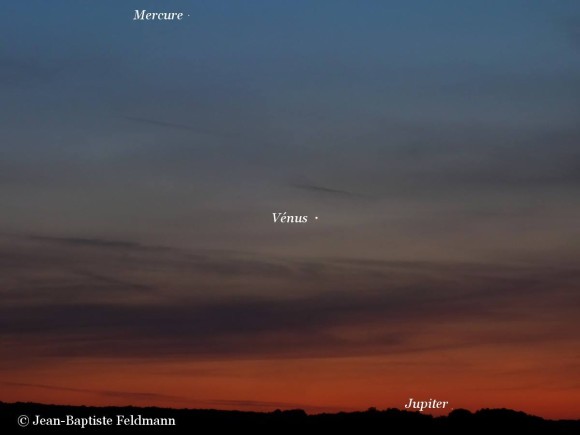 Jupiter put on a fantastic show with Venus and Mercury in late May 2013. These three planets formed a planetary trio, fitting within a 5-degree-wide circle on the sky’s dome, from May 24 to May 29. An awesome sight! Now Jupiter is about to disappear into the sunset, while Venus and Mercury both will remain in the sky for much of June. EarthSky Facebook friend Jean-Baptiste Feldmann captured the three planets on June 1. You can see all three planets, too, if you have a very clear sky in the west after sunset – soon!