Zoom in on the Omega Nebula, star birthplace

This video was created from images captured by ESO’s Very Large Telescope (VLT.) Zoom into the dusty pink core of the Omega Nebula, star nursery.

Zoom in on the Omega Nebula, a stellar nursery. This video was created from images captured by ESO’s Very Large Telescope (VLT.)

The zoom sequence starts with a broad panorama of the central parts of the Milky Way, then gradually closes in on the bright region of dust and gas where new stars are forming. The final sequence shows a very detailed new close-up view of the pink core of the nebula.

Below is a close up picture of the nebula’s core. The colorful gas and dark dust are the raw materials for creating the next generation of stars. The newest stars are dazzlingly bright and shining blue-white. The nebula’s smoky-looking ribbons of dust stand in silhouette against the glowing gas. The dominant reddish colors of this portion of the cloud-like expanse arise from hydrogen gas, glowing under the influence of the intense ultraviolet rays from the hot young stars. 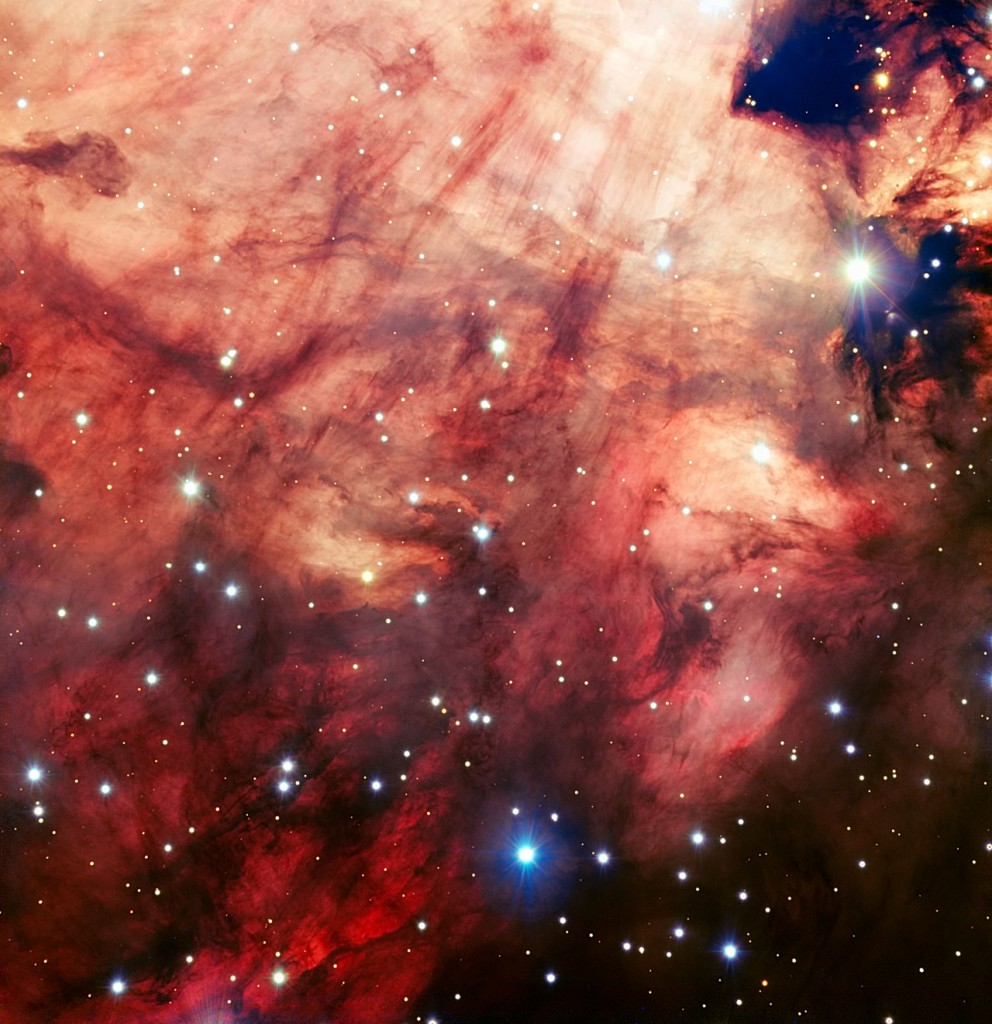 The Omega Nebula, also known as the Swan Nebula, the Horseshoe Nebula and the Lobster Nebula, is located about 6500 light-years away in the constellation of Sagittarius (The Archer). A popular target of astronomers, this illuminated gas and dust field ranks as one of the youngest and most active stellar nurseries for massive stars in the Milky Way.

The image was taken with the FORS (FOcal Reducer and Spectrograph) instrument on Antu, one of the four Unit Telescopes of the VLT. In addition to the huge telescope, exceptionally steady air during the observations, despite some clouds, also helped make the crispness of this image possible. As a result this new picture is among the sharpest of this part of the Omega Nebula ever taken from the ground.