Most stars don’t form alone, but are created with many others at about the same time from a single cloud of gas and dust. NGC 3572 is one of these clusters. Here’s a look a it.

Most stars don’t form alone, but are created with many others at about the same time from a single cloud of gas and dust.

NGC 3572, in the southern constellation of Carina (The Keel), is one of these clusters. It contains many hot young blue-white stars that shine brightly and generate powerful stellar winds that gradually disperse the remaining gas and dust.

You can see the glowing gas clouds and accompanying cluster of stars in this new picture from the Wide Field Imager on the MPG/ESO 2.2-metre telescope at ESO’s La Silla Observatory in Chile. 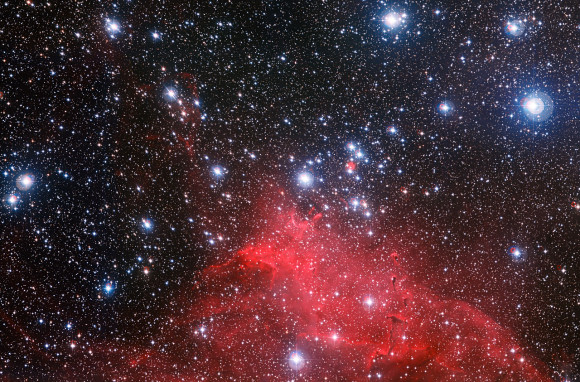 Astronomers at ESO have captured the best image so far of the curious clouds around the star cluster NGC 3572. This new image shows how these clouds of gas and dust have been sculpted into whimsical bubbles, arcs and the odd features known as elephant trunks by the stellar winds flowing from this gathering of hot young stars. The brightest of these cluster stars are much heavier than the sun and will end their short lives as supernova explosions. Image credit: ESO

The zoom sequence below starts with a broad panorama of the southern sky and closes in on the region of star formation centered on the cluster NGC 3572.

These gangs of young stars stick together for a relatively short time, typically tens or hundreds of millions of years. They are gradually disbanded by gravitational interactions, but also because the most massive stars are short-lived, burning through their fuel quickly and ultimately ending their lives in violent supernova explosions, thus contributing to the dispersion of the remaining gas and stars in the cluster.

Stars born inside a cluster have almost the same age, but differ in size, mass, temperature, and color. The lifetime of a star depends greatly on how big it is when it is born. A star fifty times more massive than the sun will have a life of only a few million years, compared to the sun, which will live for about ten billion years. Stars much smaller than the sun can live for trillions of years—much longer than the current age of our universe. 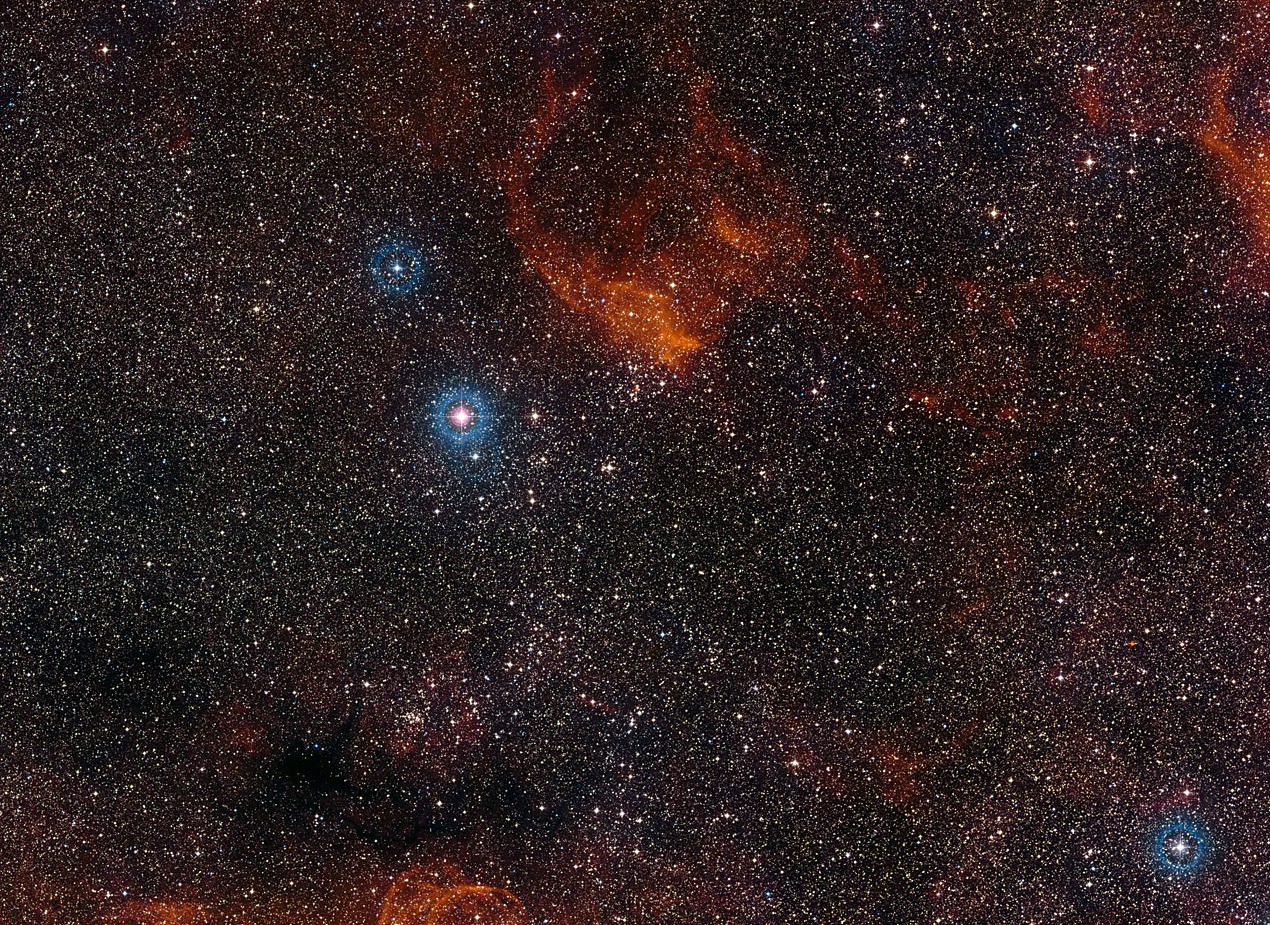 This wide-field image shows the patch of sky around the star cluster NGC 3572 and its associated gas clouds. This view was created from photographs forming part of the Digitized Sky Survey 2. The spikes and blue circles around the stars in this picture are artifacts of the telescope and the photographic process. Image credit: ESO/Digitized Sky Survey 2