Planet K2-33b resides in a solar system in the process of being born. In human terms, if Earth were 45 years old, this planet would be just a few weeks old. 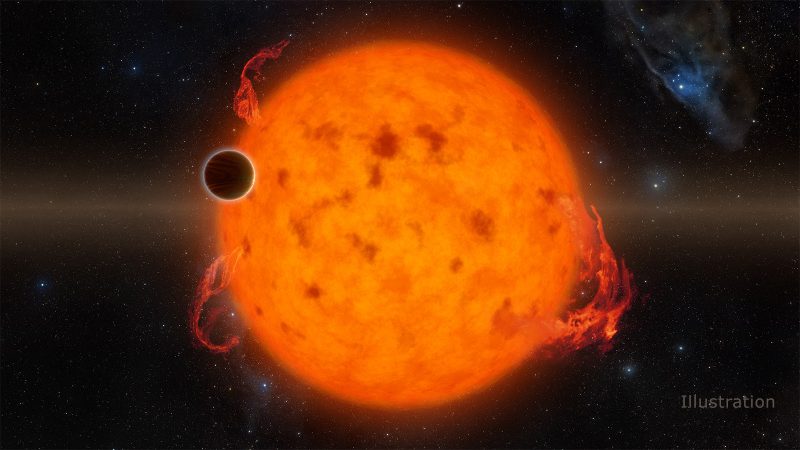 Using the Kepler Space Telescope, astronomers have discovered what they say is the youngest fully-formed exoplanet yet. In a June 20, 2016 statement from Caltech, they said Earth is about 4.5 billion years old, and nearly all known exoplanets are middle-aged, at least a billion years old or older. Meanwhile, the new-found planet – designated K2-33b – is estimated to be just 5 to 10 million years old.

Trevor David, the first author on the paper describing K2-33b, which appears in the June 20 advance online issue of the journal Nature. He commented:

At 4.5 billion years old, the Earth is a middle-aged planet — about 45 in human-years. By comparison, the planet K2-33b would be an infant of only a few weeks old.

Detection of the infant planet has been confirmed by the Keck Observatory on Mauna Kea, Hawaii.

The Kepler Space Telescope detected the young planet as it was passing in front of its host star. This telescope is designed to detect the mini-eclipse, or slight dimming of a star’s light, as an unknown planet passes in front of it.

The scientists who analyzed the light, in this case, estimate that the planet is a bit larger than the gas giant Neptune in our solar system. Unlike Neptune, though, whose orbit around the sun lasts 165 Earth-years, observations also revealed the planet orbits very close to its star about every 5 Earth-days. 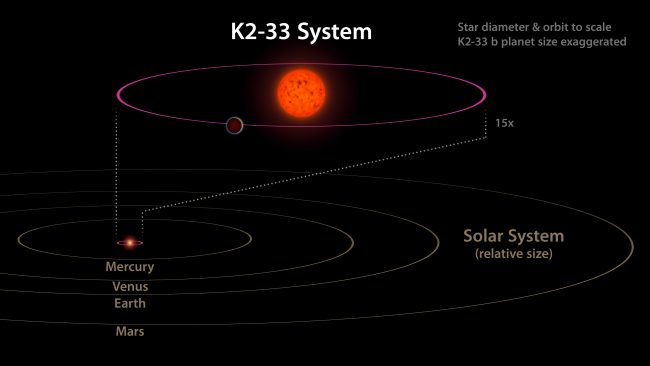 This image shows the K2-33 system, and its planet K2-33b, compared to our own solar system. The planet has a 5-day orbit, while Mercury orbits our sun in 88 days. The planet is also nearly 10 times closer to its star than Mercury is to our sun. Image via NASA/ JPL-Caltech.

How do these astronomers know that K2-33b a young planet?

NASA’s Spitzer Space Telescope also took a look at it. That telescope’s infrared observations revealed the host star is surrounded by a thin disk of planetary debris with gas and dust. This is known as a protoplanetary disk, common in young stars. This clear indication that the planet formation phase is ongoing, as we peer toward this star, suggests that any detected planet should be very young.

As scientists continue to detect exoplanets (planets that orbit around other stars beyond our sun), some people may think that astronomers are searching for other habitable worlds for humanity. But that is not the purpose; exoplanets are located at extremely far distances, well beyond our current technologies to travel on any reasonable human timescale. 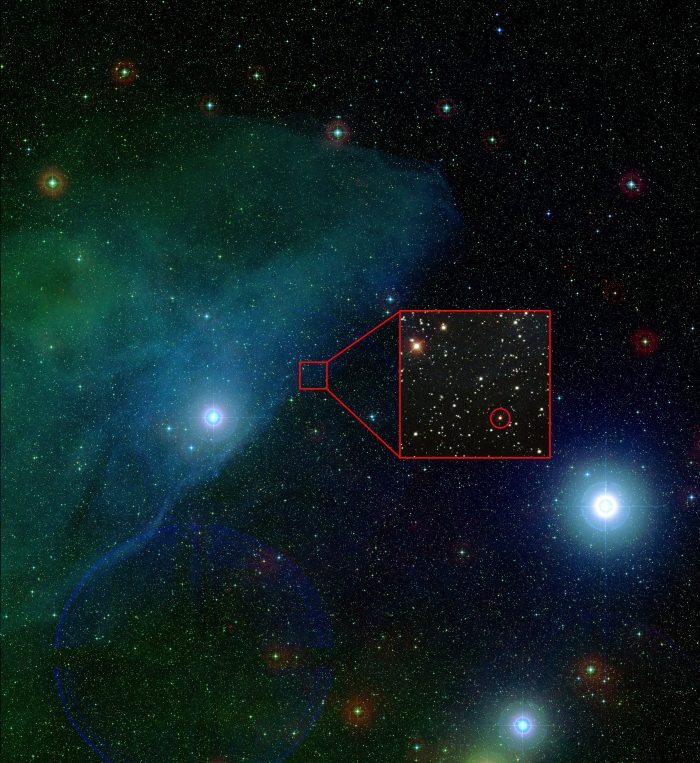 Digitized Sky Survey (DSS) image of an 11-million-year-old star forming region, the place in our Milky Way galaxy where the planet K2-33b resides. The two bright stars are Nu Scorpii (left) and Beta Scorpii (right); the region is called the Upper Scorpius Star forming region. The cloudy region around Nu Scorpii is a reflection nebula; residual dust from recent star formation as well as interstellar dust is reflecting light from the bright star. A zoom-in inset is shown around the K2-33b, with the planet host circled in red. Image via A. Mann/McDonald Obs/DSS/SDSS/NOAO.

However, as astronomers have discovered planets around distant stars, we’ve come to realize that other solar systems like our own are common in our Milky Way galaxy.

An amazing fact is that only a few years ago, it was estimated that between 10% to 50% of other stars should be orbited by planets. More recent observations suggest that as many as 80% of the stars you see from your backyard or any dark location, may have planets orbiting around them!

As of June, 2016, astronomers have discovered 3,437 planets orbiting around other stars. It’s thanks to advanced instruments and orbiting observatories like Kepler and Spitzer that we are only now beginning to understand our place in the vast cosmos.

Bottom line: A team of Caltech-led researchers has discovered the youngest fully-formed exoplanet ever detected. The planet, K2-33b, at 5 to 10 million years old, is still in its infancy.