This flare is classified as an X2.2 flare. X-class denotes the most intense flares, while the number provides more information about its strength. 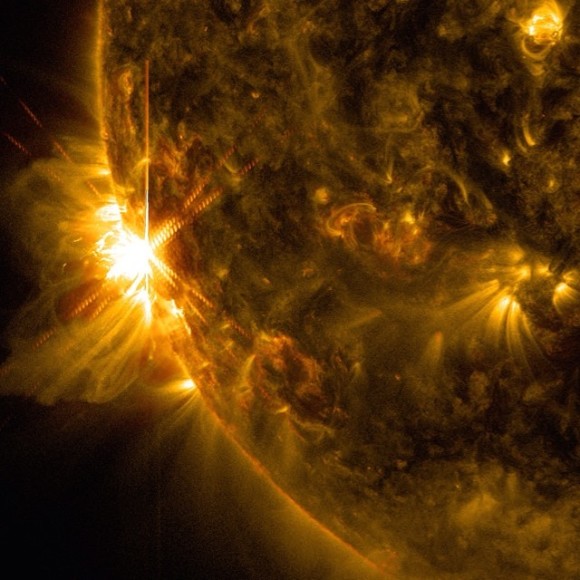 The sun emitted a significant solar flare, peaking at 7:42 a.m. EDT on June 10, 2014. NASA’s Solar Dynamics Observatory – which typically observes the entire sun 24 hours a day – captured images of the flare. It is seen bursting off the left limb of the sun in this image captured by SDO and is shown in a blend of two wavelengths of light: 171 and 131 angstroms, colorized in gold and red, respectively.

Solar flares are powerful bursts of radiation. Harmful radiation from a flare cannot pass through Earth’s atmosphere to physically affect humans on the ground. However, when intense enough, they can disturb the atmosphere in the layer where GPS and communications signals travel.

This flare is classified as an X2.2 flare. X-class denotes the most intense flares, while the number provides more information about its strength. An X2 is twice as intense as an X1, an X3 is three times as intense, etc.